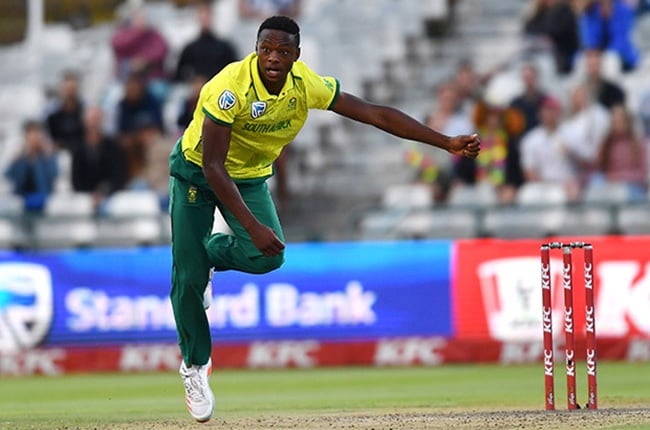 Proteas paceman Kagiso Rabada says people often mistake his "passion" for the game with being short-tempered.

The demerit point picked up against Root was particularly costly as Rabada was ruled out of the series-deciding final Test earlier this year, which England won.

"A lot of people feel like I've a short temper. I don't think so, it's just passion. Also if you look at sledging... it's part of the game. That's what every fast bowler does," Rabada said during an Instagram Live chat with his IPL franchise Delhi Capitals on Friday.

"There's no fast bowler who is going to be nice to a batter. It's not like you being personal and telling people about their family or whatever.

"You celebrate the wicket and after the game you are going to shake the guy's hand and respect the craft. Most of the time, I'm not really aggro on the field. But that's just international cricket. Every player wants to be the best. That’s just the drive coming out.

"As cricketers we have put in a lot of work under pressure, the grind to play for people's entertainment and also for ourselves. It's nice to see when you get results. You just don't play a game of cricket. It does not work like that."

Rabada said there was nothing wrong with using emotion to fire you up and he believes it makes him a better bowler.

"Sometimes, an emotion can ignite you. And that's when I feel like I'm the most dangerous because that's when I let everything loose and stop thinking and everything becomes automatic. That's for me when I bowl my best is when I'm not thinking," he said.