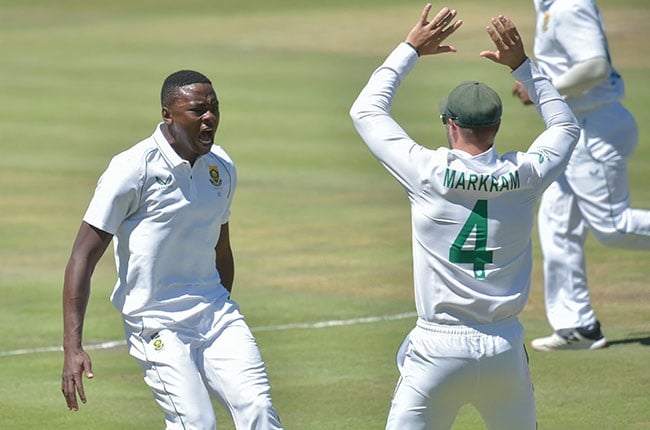 In the latest weekly update by the ICC on Wednesday, the third Test in Cape Town saw the host side claim a seven-wicket victory over the world number one Test side.

Rabada took 4/73 and 3/53 at Newlands to end as the highest wicket-taker of the Test series as he captured 20 wickets at an average of 19.05

His stellar performance saw him move up two spots to sit in third position in the Test bowling rankings. The Proteas rested Rabada for the three-match ODI series against India to manage his workload.

Fast bowler Lungi Ngidi also made notable progress in the Test bowling rankings as he moved six places up to 21st.

In the batting front, Keegan Petersen's start to his prosperous Proteas career saw him shoot up the ICC Test rankings with his Man of the Series performance.

Petersen scored 72 and 82 to steer the Proteas to a match-winning triumph at Newlands and ended as the highest-run-scorer, scoring 276 runs at an average of 46.00 with three-half-centuries.

Starting the series in 158th position, Petersen made the biggest jump in the batting rankings, shooting up to 33rd.

Former Indian Test skipper Virat Kohli also moved up two places to number seven after his 79 and 29 in challenging conditions in Cape Town.