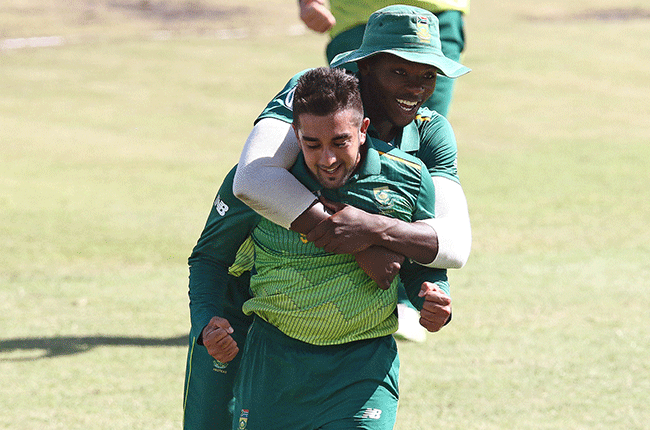 With their affairs already in a state of turmoil, Cricket South Africa (CSA) has been hit with the news that Momentum will no longer act as a sponsor of the organisation when their current deal ends in April 2021.

The company confirmed, however, that sponsorship of the women Proteas will continue until 2023.

“Our eight-year partnership as a sponsor of cricket in South Africa has been hugely rewarding for our brand. We have had some really great innings, considering that we were involved in several platforms such as development cricket, schools cricket, club cricket, domestic and international cricket. Our support of and contribution to cricket is a positive story that we are proud of,” said Carel Bosman, head of sponsorship at Momentum.

Bosman, however, said the organization is "not satisfied with the current state of affairs at CSA regarding governance and other reputational issues."

Following the suspension of then-CEO Thabang Moroe in December, CSA has lurched from one crisis to the next.

Momentum confirmed that they will continue to push CSA to overcome their current crisis and will hold the organisation accountable while their sponsorship remains in place over the next seven-and-a-half months.

"We will continue our dialogue with CSA to keep them accountable to do the right thing. We all want to see a governing body that is run professionally and ethically, and one that considers all stakeholders to the game," said Bosman.

Momentum's current sponsorship covers one-day cricket including the Proteas One-Day Internationals and domestic one day cup as well as the national club championship and the U13, U15 and U17 school age groups.

Regarding the continued sponsorship of the women's Proteas, Bosman said Momentum were proud of the role they've played in the advancement of women's cricket.

"We have been extraordinarily proud of our role in supporting the advancement of the women’s team and remain committed to that sponsorship agreement. Our continued support of the Momentum Proteas is in line with our brand narrative and we will continue to shine a light on their talent, build their commercial value and enable them on their journey to success,” concluded Bosman.

Related Links
England cricket body to cut 62 jobs as a result of Covid-19
Ali Khan becomes first American in IPL
Mighty Hash rolls back the clock at Lord's
Share
Next on Sport24
COMMENT | Defining week for cricket, as game is threatened by CSA-Sascoc beef