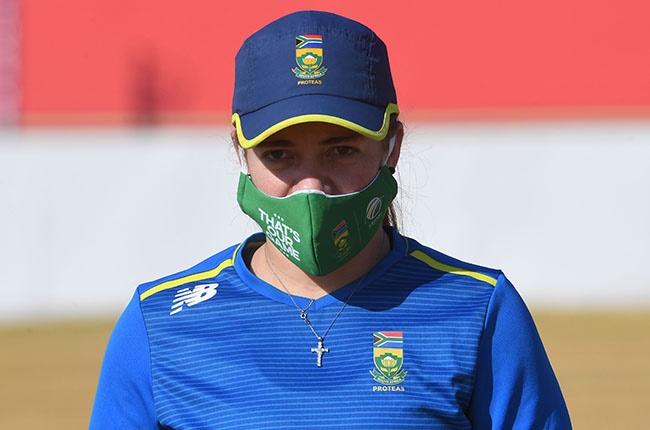 Nadine de Klerk says her first Women’s Big Bash League (WBBL) contract is "a great step in the right direction" after being signed up by the Brisbane Heat this week.

The 20-year-old will join a strong Proteas contingent in the Australian competition, which is scheduled to be played from 17 October until 29 November.

Her addition means that South Africa will have eight members of its squad featuring in the sixth edition of the popular T20 tournament.

"I'm very excited to be part of such an amazing opportunity to go play in the WBBL and it's really a dream come true for me," she said.

"I definitely think it's one of the best tournaments and I'm excited to play against some of the best in the world and also alongside legends of the game.

"It's a great step in the right direction for me in my career and I will definitely benefit playing along experienced players and to play against some of my own teammates will be a good battle.

"It can only be good for my cricket and I think to work with different people might also help me, they might just see things differently or come with a different perspective that might work in my favour."

The youngster has already played 20 times in 20-over cricket for her country, her most recent being in the ICC T20 World Cup semi-final defeat against Australia in Sydney. Despite losing the game back in March, De Klerk impressed massively with 3-19 in the game.

"I think conditions will be good as it always is on Australian soil and I'm excited to play there," the all-rounder stated.

"I've worked really hard on all aspects of my game and just tried to be the best I possibly can.

"Confidence is a massive part of the game and more recently I've changed the way I think about the game. With the right mindset things started falling into place for me and I'm just really happy that I can contribute to my team in any way they need me to."

Their growing presence, according to De Klerk, illustrates just how much the women’s game in South Africa has improved in recent years and she is relishing coming up against her international team-mates.

"I think playing against my teammates will be a challenge, they are obviously world-class players with a lot of experience," she added.

"But I think it will be a great contest."

With the COVID-19 pandemic having engulfed the world since March, it also meant that there has been no cricket for De Klerk and her teammates since then. But she is now looking forward to start playing again.

"I'm very eager to get back on the park and there’s no better tournament to do that than the WBBL," she concluded.

"I’m very excited to join up with the team and can't wait to get some competitive cricket under the belt."

We live in a world where facts and fiction get blurred
In times of uncertainty you need journalism you can trust. For only R75 per month, you have access to a world of in-depth analyses, investigative journalism, top opinions and a range of features. Journalism strengthens democracy. Invest in the future today.
Subscribe to News24
Related Links
Former Australia opener Chris Rogers appointed Victoria coach
England consider sub-continent training camp for Test squad
Cameron Delport reveals talks with Smith, Boucher about Proteas T20 chance
Next on Sport24
Glenton Stuurman: The quiet metronome that steadfastly refuses to be ignored

Choose your newsletters
Voting Booth
What are your views on the World Rugby men's Player of the Year nominations for 2021 not including any Springboks?
Please select an option Oops! Something went wrong, please try again later.
It's a disgrace! Both Siya Kolisi AND Eben Etzebeth should have been nominated!
39% - 5609 votes
Siya, at the very least, should have been included after a superb season
7% - 939 votes
Etzebeth has been SA's best player this year and should feel hard done by
21% - 2948 votes
Get over it! Moaning about this just sounds like sour grapes!
33% - 4775 votes
Previous Results
Showmax
The story of a legend: Sir Alex Ferguson