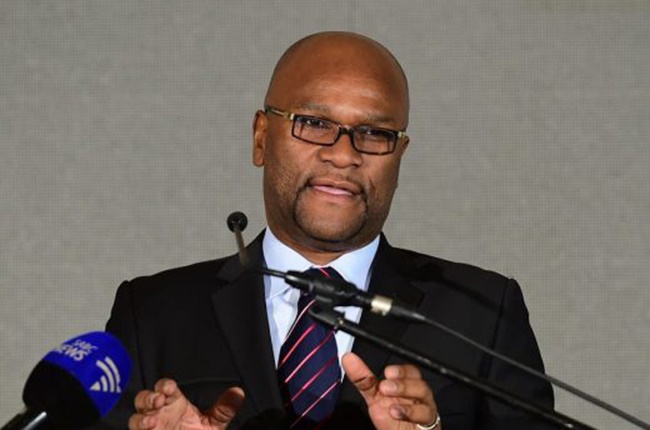 Sports minister Nathi Mthethwa has turned up the heat on Cricket South Africa’s Members’ Council in a letter on Friday to acting president Rihan Richards.

The Members’ Council has refused to acknowledge the Interim Board unveiled by Mthethwa - to generally favourable responses from the cricketing community - late last month, potentially creating a dangerous new impasse in the broad crisis around the sport in the country.

But Mthethwa has said he is "dismayed and deeply disappointed" at the tenor and tone of Richards’ response.

He wrote: "It defies logic and common sense that within the space of a very short period, you allege a breakdown in the relationship between the Interim Board and Members’ Council.

"It is most revealing that you do not allege that the relationship has broken down irretrievably – I would therefore like to think that to the extent that there has been some or other breakdown, the relationship can be restored immediately in the best interests of the game of cricket, and in the public interest."

In a less than veiled warning, Mthethwa reminded that he had "yet to exercise my powers of intervention accorded to me in terms of (the National Sport and Recreation Act)".

He said it had not been necessary for him to do so as it had become "self-evident that the game of cricket is in a state of complete disarray, and that my intervention in terms of the Act, would not only be warranted but would also be justified".

Mthethwa said that the game had lurched from one crisis to another on an almost daily basis and, in the circumstances, he would be "failing in my statutory and constitutional duty not to intervene in what is nothing more than the poor governance of a sport which is a national asset and which belongs to the people of (South Africa)".

The Interim Board is chaired by former Constitutional Justice Zak Yacoob, and Mthethwa said that "by all accounts, the announcement of the five (members) was universally well received".

He added: "There appeared to be a sense of renewed hope that cricket could be restored to its former glory."

The Members’ Council had objected to the presence on the Board of former CSA CEO and International Cricket Council supremo Haroon Lorgat, citing conflict of interest.

But Mthethwa said in Friday’s letter: "In relation to Mr Lorgat, the Interim Board had resolved that he would recuse himself from any and all discussions relating to the erstwhile (T20) Global League.

"I find it deeply disturbing that the Members’ Council are not prepared to accept a solemn undertaking from a former Constitutional Court Judge who has served this country without fear or favour with much distinction over a period of many years."

He urged the Council to "self-reflect and to consider their own position in relation to the failings of Cricket South Africa over a period of time, before they (piously) accuse other individuals of a 'conflict of interest'."

Mthethwa said: "I find it most regrettable that you have purported to take the decision not to recognise the Interim Board. I implore you and the Members’ Council to revisit this decision immediately ... failing which, I will exercise my powers ... I sincerely hope that it will be unnecessary for me to take such drastic steps.

"[The Interim Board] require your consent, and your co-operation; not your filibustering tactics, and attempts to frustrate the Interim Board from getting to the bottom of what is rotten in South African cricket."

Mthethwa said he had sent a copy of his letter to the ICC for its records.

We live in a world where facts and fiction get blurred
In times of uncertainty you need journalism you can trust. For 14 free days, you can have access to a world of in-depth analyses, investigative journalism, top opinions and a range of features. Journalism strengthens democracy. Invest in the future today. Thereafter you will be billed R75 per month. You can cancel anytime and if you cancel within 14 days you won't be billed.
Subscribe to News24
Related Links
Why possible ICC suspension should be a real concern for CSA, Proteas
Australia's Langer hails 'human' Kohli for baby move
REVEALED | Letters show how things fell apart between CSA's Members' Council and interim board
Next on Sport24
Proteas Test opener signs with Middlesex: 'An incredible opportunity'

Get the newsletter
Voting Booth
Would you be keen to see the Springboks join the Six Nations?
Please select an option Oops! Something went wrong, please try again later.
Yes! The Northern Hemisphere is the future.
52% - 2542 votes
No! The Rugby Championship is still the pinnacle.
48% - 2308 votes
Previous Results
Showmax
The story of a legend: Sir Alex Ferguson