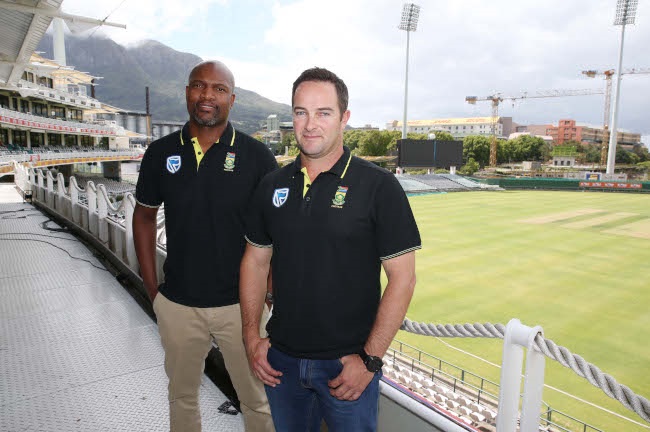 Cricket South Africa (CSA) has confirmed that assistant coach, Enoch Nkwe, has left his position in the national setup.

Nkwe, formally a team director of the Proteas, held the assistant coach position from December 2019 when Mark Boucher was named head coach of the South African team.

In a statement released to media on Tuesday evening, CSA said every effort had been made to retain Nkwe in his current position.

"While every effort was made to retain his services, Enoch has decided to focus on personal growth and professional development. This affords him the opportunity to return to the system in the future with a better sense of himself and being certain of the direction of his career. He has emphasised his unwavering commitment to SA cricket and especially the men’s team as they embark on a key tour to Sri Lanka in preparation for the T20 World Cup in October," the statement read.

The statement also confirmed that Nkwe had "raised concerns about the functioning and culture of the team environment" that would be addressed.

"The board engaged with Enoch to explore whether there was a way to retain his services but this was unsuccessful. During these discussions he also raised concerns about the functioning and culture of the team environment.

"The board will be taking the necessary steps to investigate and address the issues raised by Enoch. We will not be commenting further on this until the process has been completed.

"Enoch has been involved in SA cricket for close to two decades both as a player and coach, playing for Gauteng and Highveld Lions and later joining the Gauteng Lions as head coach.

"The board has mandated the acting CEO, Pholetsi Moseki to oversee a process to urgently find a replacement for Enoch ahead of the T20 World Cup."

CSA board chair, Lawson Naidoo says, “It is deeply disappointing to lose someone of Enoch’s calibre at this time, but we fully understand and respect his decision. We are comforted by the fact that he remains committed to SA cricket, and hope that he will be back serving the game that we all love. He has been and continues to be an inspiration to young cricketers and coaches.”

We live in a world where facts and fiction get blurred
In times of uncertainty you need journalism you can trust. For only R75 per month, you have access to a world of in-depth analyses, investigative journalism, top opinions and a range of features. Journalism strengthens democracy. Invest in the future today.
Subscribe to News24
Next on Sport24
2015 match-fixer Jean Symes criminally charged, says anti-corruption chief