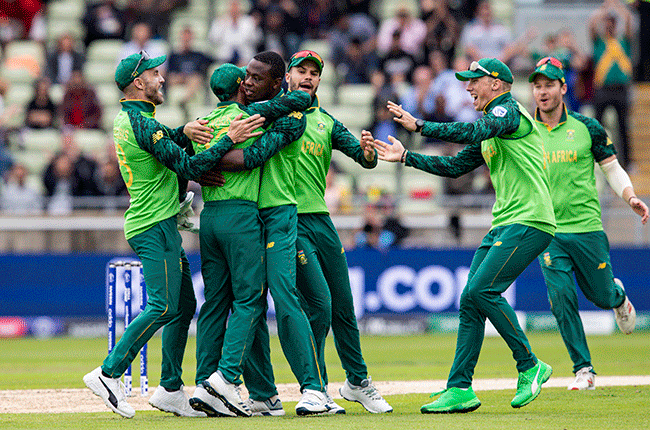 Cricket South Africa (CSA) has confirmed that a second South African player from the 24-man Proteas squad has tested positive for coronavirus.

In a press statement on Friday, CSA revealed that one player returned positive after a second mandatory round of Covid-19 testing on Thursday.

The Proteas take on England behind-closed doors in three T20s and three ODIs at Newlands and Boland Park.

The player is isolated from the rest of the team and has been moved to "separate, appropriate accommodation with immediate effect".

CSA confirmed that the second player positive test result is "unrelated to the first one announced earlier this week".

The total number of isolated players now sits at four.

CSA reiterated that they will not release names of affected players due to "Dr-patient confidentiality".

CSA stated that they are in "close communication with their counterparts from the England Cricket Board (ECB) to ensure full transparency and the most responsible plan of action going forward".

Meanwhile, the ECB confirmed that they tested the squad again and all returned negative.

"Our plans continue and the team are preparing to play our first intra-squad warm-up match as normal at Newlands tomorrow," said an ECB spokesperson.

The positive case has effectively cancelled the Proteas' inter-squad practice match that was scheduled for Saturday, 21 November.

Cricketers Marco Marais and Stefan Tait, who was called up to the camp to assist the team in their warm-up match, were released and will no longer be joining the team.

We live in a world where facts and fiction get blurred
In times of uncertainty you need journalism you can trust. For only R75 per month, you have access to a world of in-depth analyses, investigative journalism, top opinions and a range of features. Journalism strengthens democracy. Invest in the future today.
Subscribe to News24
Related Links
Sri Lanka's Zoysa slams ICC over corruption verdict
Rabada, Nortje show value of pace for Proteas ... but Archer, Wood await
Overkill? Proteas have FIVE left-arm spinners on their hands
Next on Sport24
Proteas focused on fight against racism and GBV despite not taking a knee