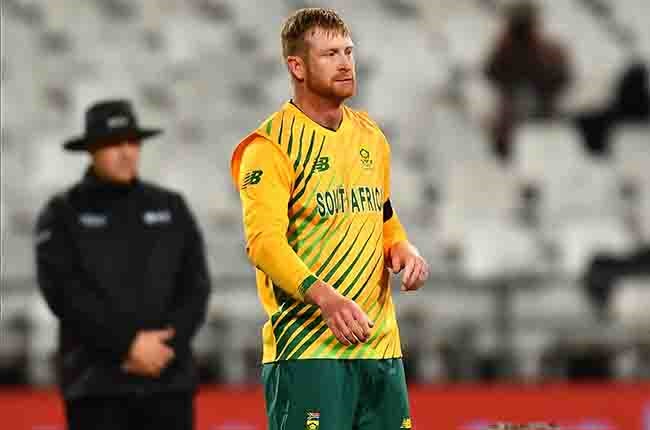 This came after the Proteas failed to defend 189 against Pakistan in the first T20 at the Wanderers on Saturday afternoon.

South Africa made 188/6 in an innings that featured a slow start and a sluggish finish, with Pakistan showing the hosts how to bowl at the back end of an innings.

A 48-run sixth-wicket partnership between Mohammad Rizwan (74*) and Faheem Ashraf (30) off only 24 balls was responsible for that late order carnage.

Debutants Sisanda Magala and Lizaad Williams were entrusted with the last two overs, with Klaasen saying the two were well equipped to handle that particular situation.

"Andile Phehlukwayo is a quality bowler, so is Lizaad and so is Sisanda. They're some of our best yorker bowlers and it's something we've been working on for quite a bit. You have to stick to your guys, along with the guys who are able to change their pace," Klaasen said.

"It needs to be used in the right times and slots, but the good bowlers have a job to do. We just need to start executing."

Part of South Africa not being able to defend their score was down to Rizwan's impeccable innings management.

Rizwan, who opened the batting with captain Babar Azam and batted through the chase, was outscored three times in the six partnerships he featured in.

Significantly for Pakistan, though, he was always there at the end, with Klaasen saying he was difficult to bowl to.

"I reckon it's the angles he's hitting in. He hits in different angles as compared to some power hitters and he finetunes the angles that he hits in. We also try to stay out of his hitting zones, which tend to be on the on-side," Klaasen said.

Klaasen made a welcome return to form with a 24-ball 50 but was happier with Aiden Markram 30-ball 50.

Markram's ODI struggles are well-documented, but Klaasen said Markram is heading in the right direction.

"I'm happy for him. He's been fighting hard to get back into the white-ball side. He made a good statement and he showed he can play in this format. In the ODI series, he needed those two or three runs, so he could stay in and find his shots. This game was a step in the right direction for him," Klaasen said.

We live in a world where facts and fiction get blurred
In times of uncertainty you need journalism you can trust. For only R75 per month, you have access to a world of in-depth analyses, investigative journalism, top opinions and a range of features. Journalism strengthens democracy. Invest in the future today.
Subscribe to News24
Next on Sport24
Proteas slip to a lowly 7th on ICC Test rankings