Steyn back to lead Proteas attack

Cape Town - Proteas coach Russell Domingo is welcoming Dale Steyn back into the Proteas mix with open arms ahead of the upcoming Test series against England.

Steyn bowled in just one innings in India before a groin injury ruled him out of the rest of last month's Test series, which the Proteas went on to lose 3-0.

But they are back on home soil now, preparing for what is expected to be a tightly contested four-match affair against Alastair Cook and his men.

Steyn has been passed fit to do battle in the Boxing Day Test in Durban, and nobody is happier than Domingo.

“He’s been the best bowler in the world for the last five or six years. The rankings say that, his performances say that. Not having him play in India was a big blow for us,” Domingo said from Durban on Tuesday.

“It’s great to have him back as a bowler but also as the leader of our bowling attack. He’s a massive player for us … he’s fit and raring to go.”

Conditions are likely to determine whether the Proteas go into the match with four seamers or three seamers and spinner Dane Piedt.

If Domingo and company opt for the former, then one of Kyle Abbott or Kagiso Rabada can expect to sit out in Durban.

We live in a world where facts and fiction get blurred
In times of uncertainty you need journalism you can trust. For only R75 per month, you have access to a world of in-depth analyses, investigative journalism, top opinions and a range of features. Journalism strengthens democracy. Invest in the future today.
Subscribe to News24
Related Links
England coast to victory v SA 'A'
Atherton in SuperSport studio for SA v England
Burns frets on Test spot
Next on Sport24
CSA confirms Proteas' festive season fixtures, New Year's Test leaves Cape Town 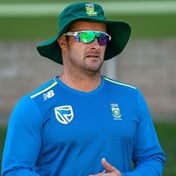