Will they or won't they? Graeme Smith says decision must be made on Faf for T20 World Cup 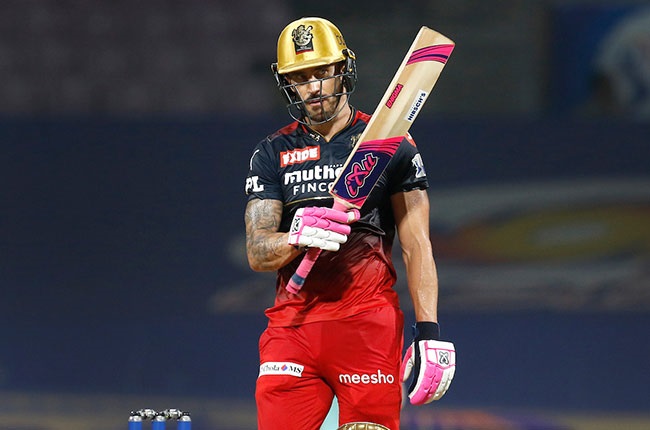 Graeme Smith believes that as the T20 World Cup in Australia looms at the end of this year, South Africa has to make a decision on the selection of Faf du Plessis.

Du Plessis, who hasn't played for the Proteas in T20 cricket since 2020, is currently not contracted to the national squad despite his excellent form, particularly in the Indian Premier League.

With the Proteas batting struggles again exposed against India in the recently concluded T20 series, picking Du Plessis would add not only experience but much-needed stability.

With Du Plessis now effectively acting as a free agent, Smith believes that the national selectors have to make a decision soon.

"South Africa have got an equation where they have to figure out what their best XI is," Smith said on Star Sports.

"Players are playing in leagues around the world...how much time can he [du Plessis] give to South Africa in the lead-up to the World Cup?"

Du Plessis has never officially announced his international retirement in the shortest format of the game, but his quality at the top of the order is difficult to ignore.

If need be, he could even bat in the middle order as he once did for the Proteas.

After joining up with Royal Challengers Bangalore as their captain at this year's IPL, Du Plessis scored 468 runs for the franchise.

He played a critical role in getting them into the knockout stages of the tournament.

Smith had no doubt that Du Plessis still had what it takes to play at the highest level.

"Do they pick him straight for the World Cup, or should he part of the build-up where he understands the team culture, the thinking, training and preparing," Smith asked.

"India doesn't face that challenge, but for other nations (dealing with) free agents is a difficult one."We know Faf has the ability. The team has to decide how much time he needs to spend with the team."

Smith had no insight as to whether Du Plessis would, in fact, want to turn out at international level now that he was a T20 free agent and playing in leagues around the world.

"Maybe he is in that phase of his life where he is happy to play the leagues," Smith said.

The T20 World Cup will take place from 16 October.

We live in a world where facts and fiction get blurred
In times of uncertainty you need journalism you can trust. For 14 free days, you can have access to a world of in-depth analyses, investigative journalism, top opinions and a range of features. Journalism strengthens democracy. Invest in the future today. Thereafter you will be billed R75 per month. You can cancel anytime and if you cancel within 14 days you won't be billed.
Subscribe to News24
Next on Sport24
Boucher wants to grow Proteas' belief, confidence: 'You cannot be tentative to win a World Cup'

Get the newsletter
Voting Booth
Would you be keen to see the Springboks join the Six Nations?
Please select an option Oops! Something went wrong, please try again later.
Yes! The Northern Hemisphere is the future.
53% - 3848 votes
No! The Rugby Championship is still the pinnacle.
47% - 3474 votes
Previous Results
Showmax
The story of a legend: Sir Alex Ferguson