Pucovski ruled out, Harris called up to Aussie Test squad 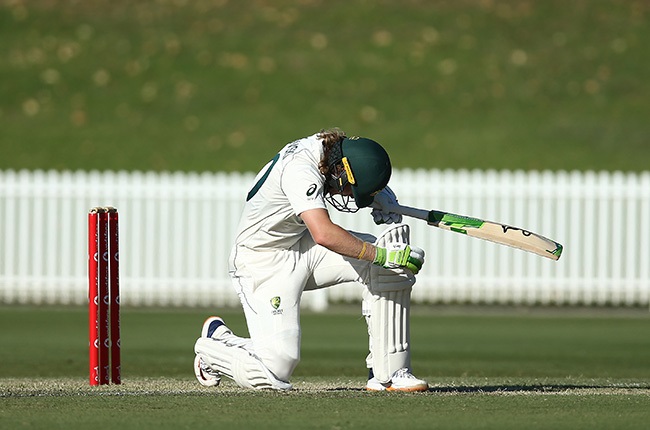 Australia A's Will Pucovski is struck on the helmet off the bowling of India A's Kartik Tyagi at Drummoyne Oval in Sydney on 8 December 2020.
Jason McCawley/Getty Images

Will Pucovski was Saturday ruled out of Australia's first Test against India after failing to sufficiently recover from a concussion, with Marcus Harris called up as his replacement.

Pucovski had been expected to make his debut and open the innings in Adelaide from December 17 alongside the out-of-form Joe Burns after David Warner was ruled out with an injured adductor muscle.

But the 22-year-old, who whacked back-to-back double centuries in the Sheffield Shield this season, was struck on the helmet during a warm-up match between India A and Australia A during the week.

Due to his history of concussion injuries, selectors are taking no chances.

"Given the spate of injuries in recent weeks, we're fortunate to be able to bring a player of Marcus' calibre into the Test squad," said National Selector Trevor Hohns.

"At the same time, we are disappointed for David and Will that they will not be available for the first Test.

"We have taken a conservative approach in managing Will since he sustained the concussion and hope he and David will be back to full health ahead of the Boxing Day Test."

Harris made his debut against India at Adelaide two years ago and has played nine Tests, but not since Australia retained the Ashes in England last year.

He is back in the frame after scoring 355 runs at an average of 118.33 in two Shield matches this season.

Australia are still sweating on the fitness of young allrounder Cameron Green, who was firming for a Test debut until he too suffered a blow to the head.

Cricket Australia team doctor Pip Inge late Friday said he had a mild concussion and was being monitored.