Root sends Lancashire spinning to defeat ahead of India series

London - England captain Joe Root starred with the ball rather than the bat as his career-best figures helped Yorkshire defeat arch-rivals Lancashire by 118 runs at Old Trafford on Tuesday.

Root, one of the world's leading batsmen, took three of the four wickets to fall before lunch on the third morning with his occasional off-spin.

This victory eased White Rose Yorkshire's fears of relegation from the First Division of the County Championship.

But the result pushed Lancashire, beaten with more than a day to spare, nearer the drop as the Red Rose have now won just one of their nine Championship matches so far this season, losing five.

Root, one of several England players involved in this fixture, had been hoping to spend time in the middle getting valuable red-ball batting practice ahead of next week's first Test against India.

But in Yorkshire's first innings he made 22 before he was the first member of a star-studded hat-trick from Lancashire all-rounder Jordan Clark that also included New Zealand's Kane Williamson and England's Jonny Bairstow.

Root's second innings was even briefer but he at least had the consolation of being caught behind off England spearhead James Anderson for three.

But Root's spin-bowling has proved effective even at international level on occasion and it was certainly too much for a Lancashire lower-order after the hosts resumed Tuesday staring defeat in the face at 194 for six chasing a target of 323.

Root, having dismissed England batsman Jos Buttler in the penultimate over of Monday's second day, struck with the first ball of day three when Graham Onions edged behind for a duck.

Soon afterwards, Root had Matthew Parkinson caught at first slip as to leave Lancashire 196 for eight.

He then gained revenge on Anderson by bowling the paceman on his way to a career-best return of four wickets for five runs in 7.4 overs as Yorkshire wrapped up a resounding victory.

Lancashire captain Liam Livingstone, who fractured his thumb on the first day and did not bat in the first innings, came out to bat at No 11 on Tuesday in a desperate effort to salvage a draw.

But he was left not out without facing a ball as Lancashire lost their last four wickets for 10 runs, with Livingstone now set for a lengthy lay-off.

The first of a five-Test series between England and India starts at Birmingham's Edgbaston ground on August 1.

We live in a world where facts and fiction get blurred
In times of uncertainty you need journalism you can trust. For only R75 per month, you have access to a world of in-depth analyses, investigative journalism, top opinions and a range of features. Journalism strengthens democracy. Invest in the future today.
Subscribe to News24
Related Links
Proteas have bigger worries than two-Test nightmare
Proteas hold onto No 2 ranking by a thread
Suspended Sri Lanka opener out of SA ODIs
Next on Sport24
Pite van Biljon: When Allan Donald speaks, we listen 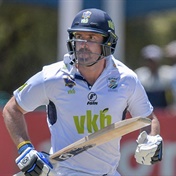