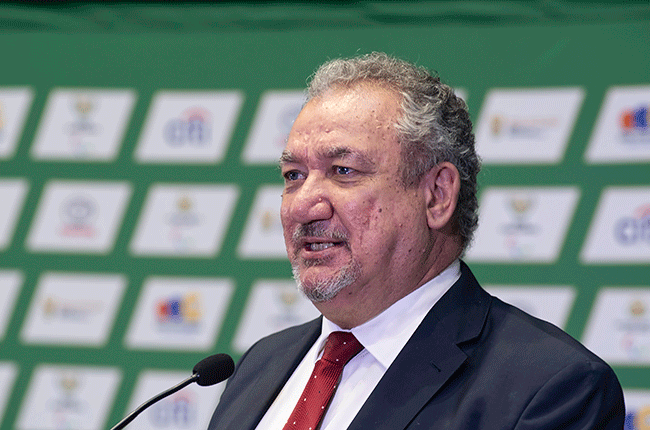 In a sternly-worded statement, the South African Sports Confederation and Olympic Committee (Sascoc) on Wednesday ratcheted up the cooling temperature in cricket back up when it vowed to "protect" Cricket South Africa (CSA) from Sports Minister Nathi Mthethwa's "interference".

After nearly a decade since retired Judge Chris Nicholson delivered his findings on the 2009 Indian Premier League (IPL) bonus scandal, CSA at last adopted the recommendations that they amended their memorandum of incorporation (MOI) to comprise a majority independent board and chair.

READ | CSA braced for battle with Sascoc, but there's no going back

Mthethwa's efforts to try to clean up cricket after it fell into administrative ruin and scandal again last year included mandating the current interim board to amend the MOI per Nicholson's recommendations.

The move has rubbed Sascoc, to who CSA are affiliated, up the wrong way.

Sascoc, who referred to themselves as a "sports movement built on the sweat and toil of our past leaders and activists", said they stood firmly against Mthethwa's "interference".

"From Sascoc’s engagement with the CSA Members Council … it is clear that their authority and their rights to make their decisions on critical issues of elections and selection of leaders have been compromised by government intervention," said Sascoc in their statement.

"It is very clear that the Members Council was strong-armed and starved into submission, we stand firm against such forms of 'interventions' because this is interference.

"Sascoc is mandated to protect its member, Cricket SA. Our differences are not with Cricket, but with the interference by the Minister."

The CSA interim board hoped to put to bed the MOI matter, which was the last hurdle to clear before staging the long-overdue CSA AGM, set for next month, when the CSA members' council approved the amendments following Mthethwa's de-recognition of the cricket governing body.

However, Sascoc's challenge has brought the matter right back to the fore.

We live in a world where facts and fiction get blurred
In times of uncertainty you need journalism you can trust. For only R75 per month, you have access to a world of in-depth analyses, investigative journalism, top opinions and a range of features. Journalism strengthens democracy. Invest in the future today.
Subscribe to News24
Next on Sport24
Warner, Smith, Cummins skip Windies, Bangladesh tours