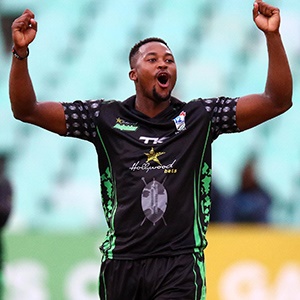 Durban - The 2017/18 RAM SLAM T20 Challenge is ready to go and the Dolphins are hoping to hit the ground running when they take on the Cape Cobras at SuperSport Park Centurion on Sunday.

Players and franchises were left in limbo following the postponement of the T20 Global League, and subsequent to Cricket South Africa's decision to move the domestic T20 competition from early 2018 players have the chance to showcase their skills in the shortest format of the game before the Momentum One Day Cup kicks off in late December.

The 2017 edition of the RAM SLAM takes on a much more devastating form with all Proteas players available to the various franchises which adds a certain anticipation to the competition that might have been lacking in previous editions.

A Dolphins side with the likes of Andile Phehlukwayo and the highest ranked international T20 spinner in the world, Imran Tahir, means the depth of the squad is increased especially when you lob those Proteas into the mix alongside Keshav Maharaj, Vaughn van Jaarsveld, Rob Frylinck, Dane Vilas, Morné van Wyk and Khaya Zondo.

Despite this squad depth the Dolphins will be without the services of Tahir and Van Jaarsveld for their opening clash of the campaign as the injury cloud which has plagued the Durban franchise in recent months is yet to lift.

"We aren't a team that are happy with mediocrity," coach Grant Morgan said.

"Although we are pleased with the fighting spirit that we created during the Sunfoil Series, we have discussed that during this T20 competition we want to play more off the front foot and we want to take the approach of not always being a side that has to fight back.

"We want to dominate games and we know that we have the ability to do that."

With the likes of Phehlukwayo and Tahir back in the Dolphins mix, Morgan does believe that despite their obvious influence it is going to be crucial for the squad as a whole to perform should they want to win the competition.

"We are going to be need the guys that are just below our internationals to put in the big performances throughout the tournament.

"There are guys there that I know are good enough to play for South Africa and if we are going to become the champions then it is vital that our stock-standard, 'middle class' player stands up and makes himself an international," Morgan emphasised.

Last season's edition of the domestic T20 showdown ended badly for the Dolphins who only managed to win three of their ten fixtures and finished fifth on the log, only ahead of the VKB Knights.

Coming up against the Cape Cobras in their opening clash of the competition will be a challenge for the Dolphins, and playing them at a neutral venue is something that captain Khaya Zondo is curious to take part in.

"Both teams will know what to expect from Centurion, but it isn't your home ground," Zondo said.

"This will be a slight disadvantage for both teams so it will come down to the team that picks up the conditions the quickest and adapts will have the advantage.

"We know that they have some strong players but we have also got strong players so it will be an even contest and we are excited to get out there and see how it goes."