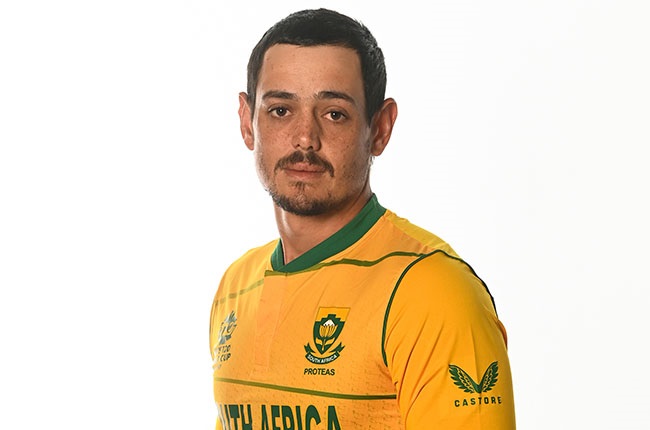 Cricket South Africa (CSA) has expressed "regret" over the timing of their kneeling directive that they handed out to the Proteas on the morning of their match against the West Indies.

CSA issued a statement on Thursday following Quinton de Kock's heartfelt apology for pulling out of the T20 World Cup game against the Windies after being told at the last minute they had to take a knee before play.

The organisation acknowledged that the timing of its release "may have been unsettling for the players in the lead-up to the match against the West Indies".

On Wednesday night CSA board chairperson Lawson Naidoo and two directors met with the Proteas team management and players to iron out tensions regarding the taking of the knee directive.

The board welcomed De Kock's apology and agreement to kneel with his team-mates should he be selected for the upcoming clash with Sri Lanka on Saturday as expected.

"The CSA Board regrets that the timing of its directive earlier this week may have been unsettling for the players in the lead-up to the match against the West Indies," the CSA statement said.

The board was criticised by many for waiting until South Africa entered a major tournament before taking a decisive step.

However, acting CSA CEO Pholetsi Moseki said the board decision was company policy and would not be amended for any player.

Last night, the Cricket South Africa Board Chair and two directors met with the men’s Proteas team and management to discuss the Board’s directive regarding “taking the knee”.

The Board representatives clarified the Board position and engaged with the issues raised by the players. Following the meeting, the Proteas men’s team agreed to align and unify in taking the knee for the remaining fixtures of the World Cup campaign.

CSA has also noted the statement issued by Quinton de Kock in which he too has agreed to take the knee and issued an apology.

The CSA Board regrets that the timing of its directive earlier this week may have been unsettling for the players in the lead-up to the match against the West Indies.

The CSA is fully supportive of the Protea Men’s team and its captain Temba Bavuma and looks forward to continued successes by the Proteas at the World Cup.