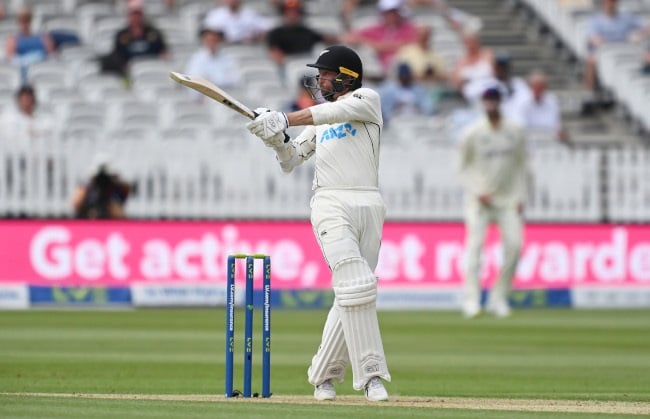 Speaking to Netwerk24 from the Caribbean where the Proteas are preparing for the Test series against the West Indies, Bavuma said his former Gauteng schools' teammate had always shown that he had the ability to succeed at the highest level.

On his Test debut, the 29-year-old Conway, who went to St John's College, made an even 200 for New Zealand against England in the ongoing first Test at Lord's.

Bavuma, who went to St David's, played with Conway at the 2008 Khaya Majola Under-19 Cricket Week.

Bavuma's only Test ton of his 44-match career came against England in 2016.

"People who played with him will not be surprised by his masterful batting performance in his Test debut.

"He has always been an exceptionally talented player and through his determination and dedication he has shown this on the world stage."

Conway left South Africa in 2017 to move to New Zealand after unsuccessful franchise stints with the Dolphins and the Lions.

We live in a world where facts and fiction get blurred
In times of uncertainty you need journalism you can trust. For only R75 per month, you have access to a world of in-depth analyses, investigative journalism, top opinions and a range of features. Journalism strengthens democracy. Invest in the future today.
Subscribe to News24
Next on Sport24
Sri Lanka-India international postponed over Covid-19 case

Choose your newsletters
Voting Booth
Having lost the first Test against the British & Irish Lions, can the Springboks recover to win the series?
Please select an option Oops! Something went wrong, please try again later.
Yes, they will win the series 2-1. Go Bokke!
52% - 2559 votes
The Boks will win a Test, but will lose the series 2-1.
29% - 1440 votes
It's not looking good. A 3-0 whitewash is on the cards.
18% - 888 votes
Previous Results
Tokyo Olympics
Schoenmaker hopes to inspire more SA female swimmers: 'You just need to believe'