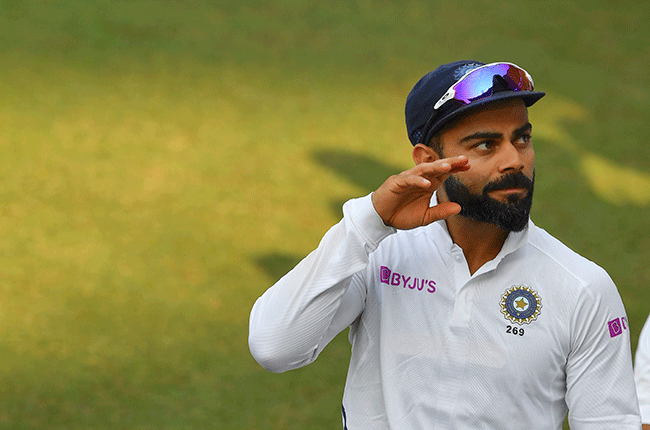 Kohli will leave the tour after the first of four Tests, due to start in Adelaide on 17 December, for the birth of his first child with Bollywood actress Anushka Sharma.

"I think that is a big 'out' for India," Border told The Times of India newspaper.

"He is irreplaceable at the moment as a batsman and as a leader," he added.

Kohli led India to their first Test series win in Australia on their last tour in 2018-19. But the home side were without batting stars Steve Smith and David Warner, who were serving one-year bans for ball-tampering.

Border said he was "very confident" of Australia's chances this time around, predicting a 2-1 win thanks to their quality bowling attack and batting line-up strengthened by Smith and Warner.

He said India could also struggle with the mental fatigue of spending weeks in "bubble" conditions so far from home. But he said the biggest factor would be Kohli's absence.

"I love the way he plays his game - he wears his heart on his sleeve," Border said. "I like his aggression and passion for the game. India as a team will miss that."

We live in a world where facts and fiction get blurred
In times of uncertainty you need journalism you can trust. For only R75 per month, you have access to a world of in-depth analyses, investigative journalism, top opinions and a range of features. Journalism strengthens democracy. Invest in the future today.
Subscribe to News24
Related Links
Aussie spinner Lyon targeting 500 Test wickets
Rabada, Nortje show value of pace for Proteas ... but Archer, Wood await
Overkill? Proteas have FIVE left-arm spinners on their hands
Next on Sport24
Proteas focused on fight against racism and GBV despite not taking a knee