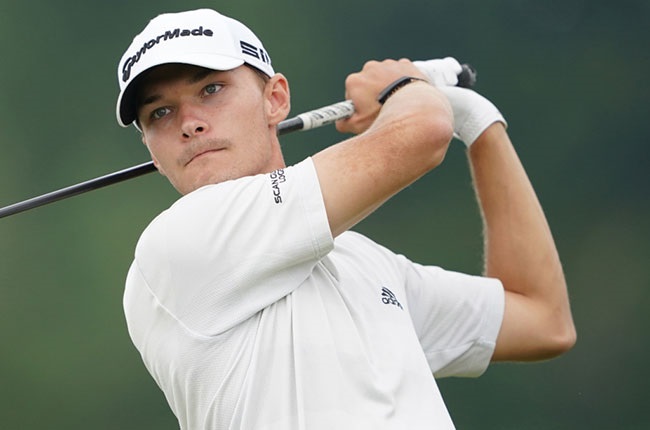 Nicolai Hojgaard birdied the final hole to claim a one-shot victory at the Italian Open on Sunday, just a week after his twin brother Rasmus won the European Masters in Switzerland.

The 20-year-old Danes are the first siblings to win titles in back-to-back events in European Tour history.

Nicolai Hojgaard carded a level-par final round of 71 to finish on 13-under for the tournament, one stroke clear of Poland's Adrian Meronk and European Ryder Cup star Tommy Fleetwood.

He holed a short birdie putt on the par-five 18th to avoid the need for a play-off, with brother Rasmus watching on.

"I've been through every emotion in my body and brain, so to finish it off with an up-and-down is perfect.

"It's what I've been working hard on all year and all my life so I'm really pleased with it."

Nicolai will enjoy a rise from his current world ranking of 394th into the top 200 after his maiden European Tour success.

Rasmus' triumph in Crans-Montana last Sunday was his third of his young tour career.

The pressure appeared to be getting to Nicolai Hojgaard on the back nine at Marco Simone Golf Club in Rome, the venue for the 2023 Ryder Cup.

He made two bogeys to drop into a tie for the lead with Meronk, whose 67 catapulted him into contention.

Fleetwood also struggled for his best form but joined the duo at the top with a closing birdie.

Hojgaard held his nerve, though, edging over the line to leave Englishman Fleetwood still without a win since November 2019.

We live in a world where facts and fiction get blurred
In times of uncertainty you need journalism you can trust. For only R75 per month, you have access to a world of in-depth analyses, investigative journalism, top opinions and a range of features. Journalism strengthens democracy. Invest in the future today.
Subscribe to News24
Next on Sport24
Nicolai Hojgaard leads Italian Open, SA's Daniel van Tonder shares 2nd spot