SA's Bryce Easton in the hunt at Scottish Championship Spain's Adrian Otaegui leads by three shots heading into the second round of the inaugural Scottish Championship after firing 10 birdies and no bogeys in his opening round 62.

A brilliant burst of scoring at the beginning of both nines helped early starter Otaegui reach 10 under par at a cold Fairmont St Andrews on Thursday.

It sent him into the clubhouse with a four shot lead over his nearest challengers at the time but he was reined in ever so slightly in the afternoon by South Africa's Bryce Easton and England's Matt Wallace, who both made eagles in their 65s.

European Ryder Cup captain Padraig Harrington was in the group another stroke back in a tie for fourth after notching four birdies in his last seven holes as the weather turned colder in the late afternoon.

Late starter Easton, who knows this place well having spent his wedding night at the resort overlooking the famous town of St Andrews, opened with a bogey at the 10th - his first hole - before making amends with birdies at the 12th, 13th and 15th.

He dropped another shot at the 16th but produced a magnificent eagle on the 18th to head to the turn with a spring in his step.

The 33-year-old then reeled off birdies at the first, third, sixth and seventh to join Wallace in a share of second place.

He told the European Tour's official website: "A 65 is always good and even though it’s not as windy as it has been over the last couple of days, and the course is playing a bit easier, to be out there in the cold and have two good nines, finishing in the dark and finishing strongly on a couple of holes, I’m stoked with seven under."

Easton, who is without his wife and caddie Lauren for the first time in a while this week, added: "Our family is growing. Lauren is still at home, it's the first tournament she’s missed in two and a half years she’s been on the bag. Some new experiences coming up for us, for sure." 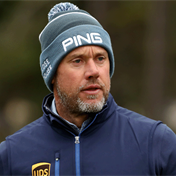