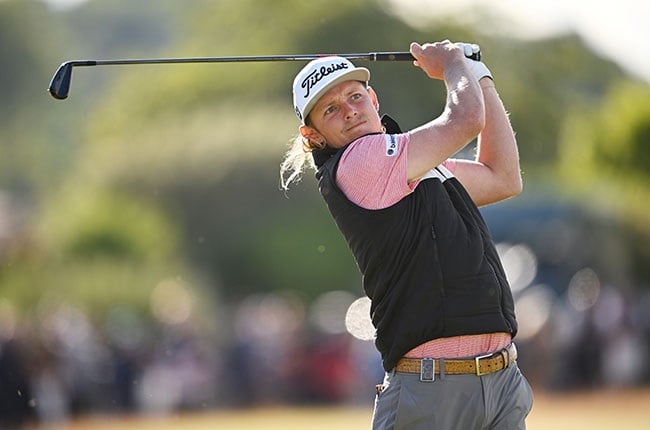 A new short-format golf event modelled on cricket's Indian Premier League will debut in Australia next year with 10 city-based teams, including the Bangkok Blades, Dubai Kings and New York Tigers, it was announced on Tuesday.

The Ultra Golf Championship, designed to turbocharge the sport, is played over nine holes with four-player teams that include a marquee captain.

No names have been announced, although local reports said world number two Scottie Scheffler of the United States and Australian world number three Cameron Smith were being targeted.

The unique scoring system will reward risk-taking, with 10 points for a hole-in-one, eight for an albatross, six for an eagle, four for a birdie, and two for a par.

There will also be four feature hole opportunities that must be used, including a longest drive, power-play, alternate-shot and best-ball, where more points can be accumulated.

Teams will play seven rounds and a final series over four days.

Australia is about to witness a revolutionary new golf format with a new teams-based event, the Ultra Golf Championship, set to be launched following next season’s major tournaments.Read more: https://t.co/kt0kxwZnth pic.twitter.com/hhXBQ07saU

The concept is the brainchild of Deke Smith, with the Australian PGA serving as a promoting partner and sanctioning body.

"For more than five years, we've been working on the UGC as a short-formed, strategic and tactical golf tournament," Smith said in a statement released through the Australian PGA.

"We are appealing to a wider fan base, giving people a new way to consume their golf, sport and entertainment, and we think that it's a great way to grow the game of golf.

"We see this concept appealing to a younger audience because we will see a result in two hours of golf. We see parochial sports fans getting behind their own city team."

Along with Bangkok, Dubai and New York, others teams locked in will represent Delhi, London, Los Angeles, Melbourne, Shanghai, Seoul and Tokyo.

"We know once this world-first format has some of the best players in the world showcasing it on TV next year, Ultra Golf Championship will become a part of all golf fans' life," said PGA Tour of Australia tournaments director Nick Dastey.

"This is an event we are passionate about, and it continues to align with our innovation in the game in Australia."

It will debut at a yet-to-be-announced course next December with Smith planning to turn it into a global series, with "some really high net worth (individuals) behind it".

"We are already in [negotiations] with five or six really key players from around the world," he told The Australian newspaper.

"Again, the feedback from these guys has been amazing. They love it, they see it is different.

"People around the world have seen what has happened with cricket and that short-form game. To be perfectly honest, we have modelled it off the Indian Premier League."

We live in a world where facts and fiction get blurred
In times of uncertainty you need journalism you can trust. For 14 free days, you can have access to a world of in-depth analyses, investigative journalism, top opinions and a range of features. Journalism strengthens democracy. Invest in the future today. Thereafter you will be billed R75 per month. You can cancel anytime and if you cancel within 14 days you won't be billed.
Subscribe to News24
Next on Sport
Tiger to compete with McIlroy in made-for TV match