The LPGA Tour has cancelled events in South Korea and Japan because of coronavirus, meaning the elite women's golf circuit has been forced to scrap all seven 2020 Asian tournaments in the latest blow to the continent's hard-hit sporting calendar.

"Given the travel restrictions and quarantine requirements" the BMW Ladies Championship from 22-25 October in Busan and the Toto Japan Classic from 6 November in Ibaraki "will not take place in 2020", said a Tour statement issued late on Tuesday.

The announcement follows the axing of next month's Buick Shanghai LPGA in China and Swinging Skirts Championships in Taiwan because of stringent anti-virus measures.

At the beginning of February, soon after the initial virus outbreak in Wuhan, the tour was forced to cancel China's Blue Bay LPGA on the southern island of Hainan, due to be played in early March.

The seven Asian events totalled $13 million in prize money. The LPGA Tour has been dominated by Asian players since the emergence of South Korea's former number one Pak Se-ri more than 20 years ago.

The World Championship, won last year by second-ranked Park Sung-hyun, is the most prestigious event on the LPGA Tour outside the five majors, with the top 20 and all the previous year's major-winners among a 66-player field.

Unable to travel to Asia, the LPGA has added a new tournament, the Drive On Championship - Reynolds Lake Oconee, from 22-25 October in Georgia.

"We greatly appreciate the efforts by our partners at BMW and Toto to try to host their events this season and we look forward to returning to Korea and Japan in 2021," said LPGA Commissioner Mike Whan.

The virus has laid waste to Asia's international sporting programme this year, with the ATP and WTA tennis tours cancelling all events on the continent, including the season-ending WTA Tour finals in Shenzhen.

Football's Asian Champions League East Zone has been suspended since March with the West Zone only resuming this week.

Formula One has drawn a blank in Asia this year, with races in China, Singapore and Japan and the inaugural grand prix in Vietnam all cancelled. The Asia-dominated badminton and table tennis world tours have also lost the bulk of their calendar.

Men's golf has not escaped the carnage either. The Asian Tour has been idle since the Malaysia Open on 7 March and some players in the worst affected countries such as India, haven't been able even to practise.

The Asian Tour should have been restarting last weekend at the Shinhan Donghae Open in South Korea, the first of three planned events. But that became a domestic event only and the other two tournaments, in Japan and Taiwan, were cancelled. 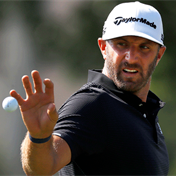