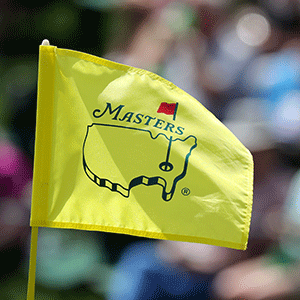 Augusta - Masters badges were living up to their billing as one of the hottest tickets in sport on the eve of the Thursday's opening round at Augusta National.

"Golf's an expensive sport," said three-time major champion Brooks Koepka, who will be the last player teeing off in the first round.

"I'm not saying that that's OK but everything that's a little bit more precious is always going to be more expensive.

"That's why Ferraris are so expensive, or whatever, all these nice cars. It's simple. I mean, not many people have them and it's tough to get a ticket. That's what makes this experience so enjoyable when you do come here. That's what makes it special."

If person-to-person deals are more your style, there are plenty of signs off Washington Road saying, "I need tickets" and offering to sell access to the famed grounds at Augusta National.

"It happens in every sport. You're going to see it no matter where you go - Super Bowl, (US college basketball) tournament, whatever it is. It happens everywhere. It would be hard to stop it.

"I know there are ways, tracking the ticket number and all that stuff like that. Cracks down on it a little bit. But at the end of the day, it's really hard to stop that."

Augusta National prohibits the re-sale of Masters tickets but that doesn't stop people from making deals, although it does ensure they do so beyond 2 700 feet of Augusta National so they don't violate state law and risk a police citation.

This year, the Masters updated its gate policy, allowing spectators no more than two daily entries per badge. They had established a limit of three in 2017.

Some patrons have used the re-entry policy to come and go during rounds as they wish, often taking bundles from a souvenir shop binge to a vehicle in the parking lot.

But some share badges with friends or family members. And some find their badges can command a high price in the re-sale market.

"Secondary markets are an issue in every sporting event and we are no exception," Augusta National chairman Fred Ridley said on Wednesday.

"There's sort of an element that comes with that, that just doesn't seem very healthy, and so when we are aware of it, when we know about it, we take action."

"There are certain laws regarding scalping in Georgia that have to be adhered to. It's not something we really like, but to some extent it's inevitable in sports, but we do try to be diligent in enforcing our ticket policy."

Ridley said there is no evidence that a greater number of badges than usual have been put into the resale market in recent years with the advent of internet transaction technology.

"We certainly don't have any evidence of that," he said.

"I mean, the Masters ticket is a very, very valuable commodity in sports. We know there's going to be a lot of that.

"We'd like to think that most of our patrons respect our ticket policy, but we know that some don't."

We live in a world where facts and fiction get blurred
In times of uncertainty you need journalism you can trust. For only R75 per month, you have access to a world of in-depth analyses, investigative journalism, top opinions and a range of features. Journalism strengthens democracy. Invest in the future today.
Subscribe to News24
Related Links
England's Wallace risks Masters curse with Par-3 victory
Augusta's longer 5th offers new threat at Masters
Reed serves up hearty Masters Champions Dinner menu
Next on Sport24
Johnson breaks a curse, Im on the rise: golf talking points