PREVIEW | The 6 SA golfers at the 84th Masters The 84th Masters Tournament gets underway at Augusta National Golf Club in Augusta, Georgia on Thursday.

This year's Masters will be played outside of April for the first time after the pandemic saw the tournament rescheduled from its traditional April slot.

It will be the last Major Championship of the year with defending champion Tiger Woods looking to secure a sixth green jacket.

There will be SIX South Africans in the 92-man field with Charl Schwartzel the only competing South African to win the green jacket (2011).

2008 Masters champion Trevor Immelman was set to compete this week but announced that he would join CBS as a commentator instead.

Sport24 takes a closer look at the six who will fly the SA flag: 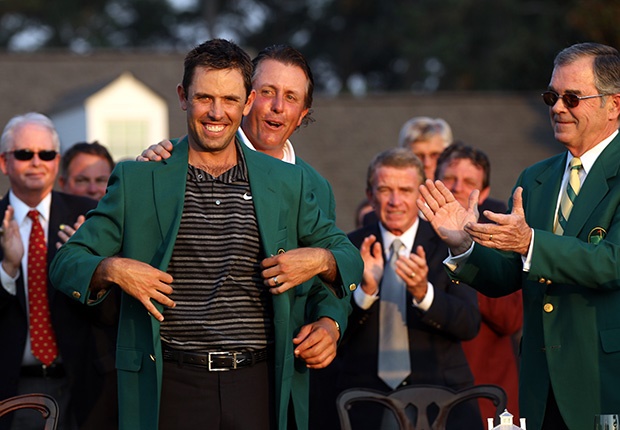 Schwartzel is the last South African to don the green jacket after his two-stroke win in 2011.

Since recovering from a wrist injury last year, Schwartzel has struggled for form, which has seen him fall outside the world Top 200.

He has missed the cut in his last two appearances at Augusta and missed the weekend in four of his last six Major starts.

Hopefully, some Augusta magic will rub off and see Schwartzel back to his very best.

He will tee off in Rounds 1 and 2 alongside Australia's Jason Day and Argentine amateur Abel Gallegos.

Since golf's resumption in June, the South African has played primarily on the PGA Tour as he only missed one cut in his 12 PGA Tour starts.

Oosthuizen will be looking to secure his first Major win since his 2010 Open Championship triumph at St. Andrews.

In his opening two rounds, Oosthuizen will be in a featured group alongside reigning US Open champion Bryson DeChambeau and Spaniard Jon Rahm. Playing in his Masters debut last year, Harding finished as the best performing South African as he ended tied for 12th to book a return to Augusta National.

Since golf's resumption in June, Harding has played in 13 events and managed two third-place finishes at the British Masters and Andalucia Masters.

Harding will get Round 1 and 2 underway alongside Canada's Nick Taylor and Japan's Shugo Imahira. Bezuidenhout will make his Masters debut this week as he completes all three major appearances this year.

The youngster kicked off his year in fine style with a runner-up finish in Dubai and capturing his second Sunshine Tour title at February's Dimension Data Pro-Am in Fancourt.

His red-hot form was cut short by the coronavirus pandemic but he is confident in his ability to compete against the world's best golfers.

He will play alongside two-time Masters champion Bernhard Langer and American J. T. Poston in Round 1 and 2. Van Rooyen will make his Masters debut this week thanks to his world Top 50 ranking.

He has had a stellar season thus far, remaining the second-highest ranked South African golfer in the world.

Van Rooyen has three worldwide victories, most recently winning the 2019 Scandinavian Invitation on the European Tour.

He and South Korea's Kang Sung-hoon are the only two-player group for Round 1 and 2. Frittelli is making only his second Masters appearance this week after his debut in 2018, where he failed to make the weekend.

He found success on the PGA Tour last year when he won the John Deere. Frittelli, who resides in Texas, has just one Top 10 since the restart, which came at the RBC Heritage in July.

Frittelli is the only South African and sixth player in the Masters field who tested positive and recovered from Covid-19.

Frittelli gets Round 1 and 2 underway alongside 1992 Masters champion Fred Couples and American Max Homa.

We live in a world where facts and fiction get blurred
In times of uncertainty you need journalism you can trust. For only R75 per month, you have access to a world of in-depth analyses, investigative journalism, top opinions and a range of features. Journalism strengthens democracy. Invest in the future today.
Subscribe to News24
Related Links
Britain's Hatton on best major form entering Masters
Nearly men Fleetwood, Westwood hope for Masters magic
Naked Faldo, old jackets, cold cuts: golf talking points
Next on Sport24
Matsuyama targets Olympic title after Masters win