This will be the first time since 1998 that South Africa will only have one player competing in the biennial match play event.

"It was a tough one. I didn't enjoy it to be honest. There were many guys in there, especially a lot of my really close friends," said Els on Tuesday in Sun City.

"Branden Grace was right there, and I went against him. So that was really tough for me to do. Erik van Rooyen started playing great. It was tough to do that, not getting him on the team..."

Grace, who has appeared in three Presidents Cup events, has had a dip in form this season - dropping to a ranking of 119th in the world.

Meanwhile, Van Rooyen has had a breakthrough European Tour season, claiming his first title at the Scandinavian Invitation and achieving a career-high ranking of 51st.

Els believes that with this International team could break their winless streak stretching back to their only ever victory in 1998.

"I had to go with what I believe in and it's for the best interests of the team. But I really felt for those guys," said the four-time major champion.

"The team is set on both sides and now it's me getting my pairings ready and that's what I'm focusing on now.

"Getting the guys to play with each other in practice rounds and so forth and get familiar with each other's games. They have just got to get their form going. If they get themselves in form, if they play to their abilities, I think we can really win the Cup."

The Nedbank Golf Challenge gets underway on Thursday at the Gary Player Country Club. 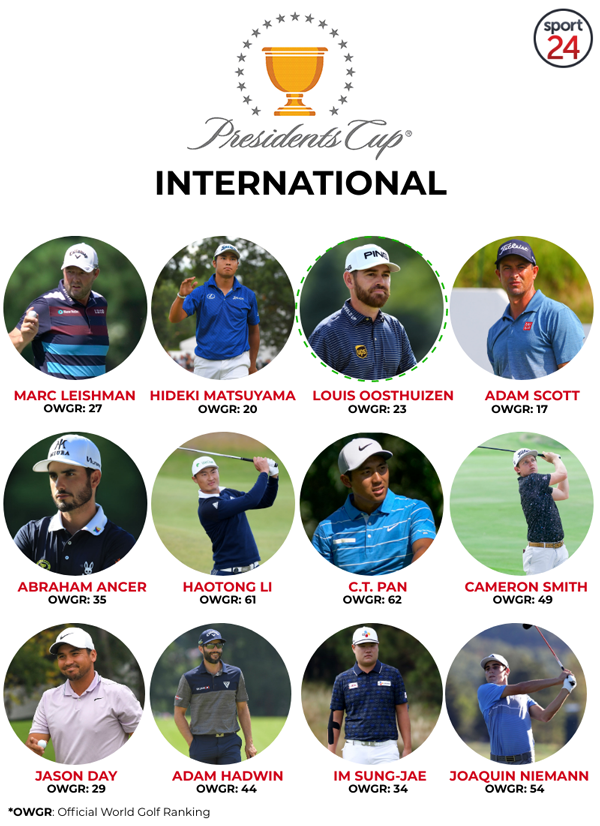 We live in a world where facts and fiction get blurred
In times of uncertainty you need journalism you can trust. For only R75 per month, you have access to a world of in-depth analyses, investigative journalism, top opinions and a range of features. Journalism strengthens democracy. Invest in the future today.
Subscribe to News24
Related Links
Westwood can make history in 'Africa's Major'
Rankings: Top 20 - SA
Tee times: Nedbank Golf Challenge - Round 1
Next on Sport24
EXPLAINED | The dire ramifications of the Nedbank Golf Challenge being cancelled