Zalatoris set for anniversary celebration at the Nedbank Golf Challenge 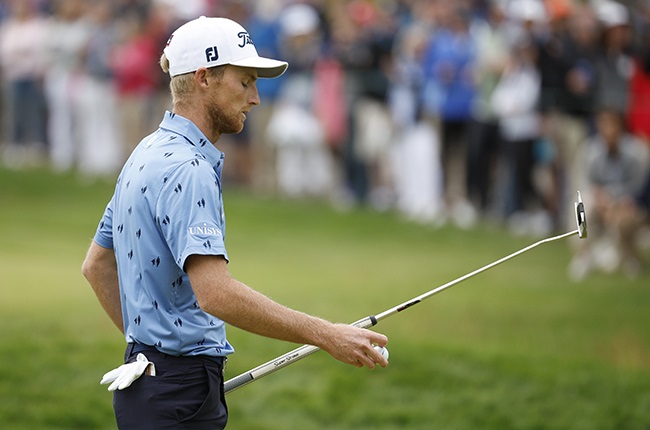 American star Will Zalatoris will make his debut at the Nedbank Golf Challenge from November 10-13 as the tournament celebrates its long-awaited 40th anniversary.

The World Number 14, who is currently second on the DP World Tour Rankings in partnership with Rolex, will tee it up at Gary Player Country Club at Sun City as he seeks to become the first winner of the event from the United States in more than 15 years.

The US$6,000,000 event is the penultimate tournament on the 2022 DP World Tour schedule and will also carry an increased number of DP World Tour Ranking Points as the 64-man field vies for a place in the season-ending DP World Tour Championship.

Zalatoris announced himself to the professional golfing world in 2020 after finishing in a share of sixth place at the U.S. Open. The following year the 25-year-old finished one stroke behind Hideki Matsuyama at the Masters Tournament and was voted PGA TOUR Rookie of the Year for the 2020-21 season.

His runner-up finish at the 2021 Masters was the first of three second-place results in just ten Major starts to date, and this year he was runner-up at both the U.S. Open and US PGA Championship, losing to Justin Thomas in a playoff at Southern Hills.

Zalatoris will bid to become the fifth winner of the tournament from the United States and the first since Jim Furyk defended his title in 2006 when he competes in the historic anniversary edition of the Nedbank Golf Challenge, which has been postponed for two years due to the global Covid-19 pandemic.

“I’m really excited to travel to South Africa to play in the 40th-anniversary edition of the Nedbank Golf Challenge,” said Zalatoris. “I’ve had great experiences of playing DP World Tour events in Dubai and Scotland, and I’m sure that South Africa will be no different.

“I’ve heard a lot about the Nedbank Golf Challenge, and I’m looking forward to experiencing a new country and a new culture later this year. It’s sure to be a special occasion for everyone involved after waiting so long to celebrate a landmark milestone.”

The first two editions of the tournament, previously known as the Nedbank Million Dollar Challenge, were won by players from the United States. Five players took part in the first edition of the event, Seve Ballesteros, Johnny Miller, Jack Nicklaus, Gary Player and Lee Trevino. Miller defeated the late Ballesteros on the ninth hole of a sudden-death playoff in 1981 as he took home the US$500,000 first prize. The field was expanded to ten players the following year as Raymond Floyd defeated Craig Stadler in a playoff.

Included on the DP World Tour schedule, once again in partnership with Nedbank and Sun International, the tournament has a loyal following of sponsors led by Nedbank and is the bank’s longest-running sponsorship, first as the Official Bank of the tournament and latterly as title sponsor.

The celebrations for this year’s tournament will seek to capture the history of a tournament that changed world golf’s landscape as it offered the first US$1 million first prize in the history of golf, won by Ian Woosnam in 1987.

Some of golf’s most celebrated names, including Woosnam, Bernhard Langer, Ballesteros, Nick Faldo, Colin Montgomerie, Nick Price and Ernie Els are among the tournament’s former champions.

We live in a world where facts and fiction get blurred
In times of uncertainty you need journalism you can trust. For 14 free days, you can have access to a world of in-depth analyses, investigative journalism, top opinions and a range of features. Journalism strengthens democracy. Invest in the future today. Thereafter you will be billed R75 per month. You can cancel anytime and if you cancel within 14 days you won't be billed.
Subscribe to News24
Next on Sport
Fleetwood to defend his long-awaited Nedbank Golf Challenge title in Sun City