PGA Championship to go ahead without fans - report 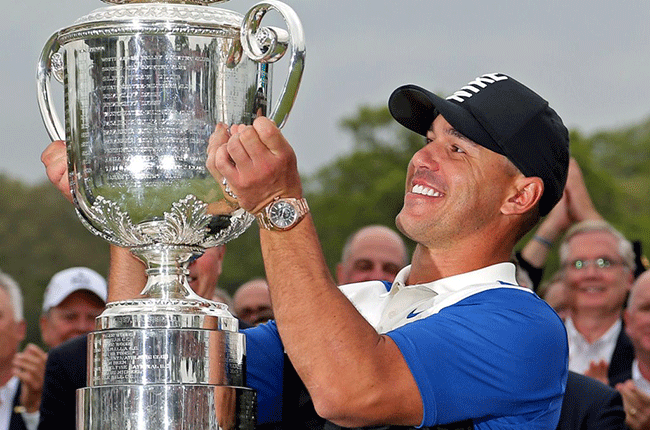 The PGA Championship will be held in August but without fans, after California health officials on Monday gave the green light to the first major championship of 2020, the San Francisco Chronicle reported.

The tournament scheduled for 6-9 August in San Francisco had hoped to attract up to 40 000 fans a day at Harding Park golf course but that was before the PGA Tour was shutdown because of the coronavirus outbreak.

The PGA Championship, which is run by the PGA of America, was originally scheduled to take place in May.

Harding Park last held a PGA event in 2015 and has never hosted a major championship. Construction on grandstands were already underway when the Tour was shutdown in March at the Players Championship.

Brooks Koepka will defend his title at Harding Park, where he'll look to become the first player to win three straight PGA Championships since Walter Hagen won four in a row from 1924-27.

The PGA cancelled 11 tournaments and revised its remaining schedule, finally resuming last week with no spectators at the Charles Schwab Challenge.

Daniel Berger parred the first extra hole to beat Collin Morikawa in a playoff as the Tour made a muted return from the pandemic in Fort Worth, Texas. The next four events of the restart will also be played without spectators.

The first tournament to have fans will be The Memorial, 16-19 July in Dublin, Ohio. Officials are planning for up to 8 000 fans per day at Muirfield Village.

After the Charles Schwab, the PGA Tour will feature the RBC Heritage (18-21 June) in Hilton Head, South Carolina; the Travelers Championship (25-28 June) in Cromwell, Connecticut; and the Rocket Mortgage Classic (2-5 July) in Detroit, Michigan.

The US Open is rescheduled for 17-20 September in New York.

We live in a world where facts and fiction get blurred
In times of uncertainty you need journalism you can trust. For 14 free days, you can have access to a world of in-depth analyses, investigative journalism, top opinions and a range of features. Journalism strengthens democracy. Invest in the future today. Thereafter you will be billed R75 per month. You can cancel anytime and if you cancel within 14 days you won't be billed.
Subscribe to News24
Related Links
Dale Hayes pens open letter to Gary Player after lawsuit against son makes headlines
PGA Tour 2020 schedule
Bryson DeChambeau on late error that cost him chance at Charles Schwab win
Next on Sport
SA golfers struggle at PGA Championship as Oosthuizen makes headlines