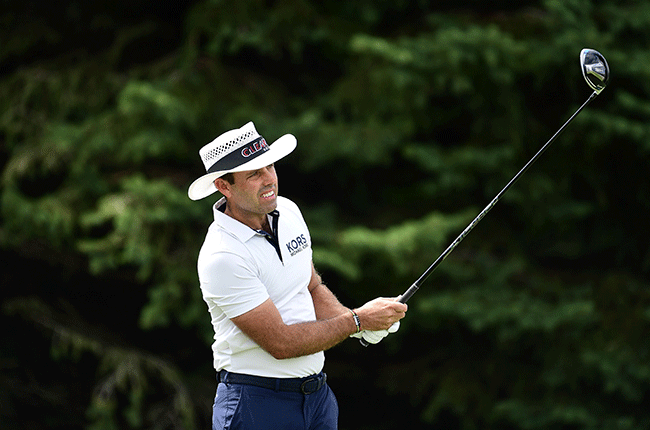 The 102nd PGA Championship gets under way at TPC Harding Park in San Francisco on Thursday.

This year, there will be SIX South Africans in the field.

Reigning SA Open champion Branden Grace withdrew from the PGA Championship after testing positive for coronavirus last week. Grace's symptoms are "mild" and he is expected to recover. Oosthuizen heads into the PGA Championship as the top-ranked South African golfer.

Oosthuizen's 2020 season started with a stellar runner-up finish at this year's SA Open at Randpark Golf Club. After decent performances on the European Tour, Oosthuizen shifted his attention to the PGA Tour, where he failed to make a Top 10 finish in seven PGA Tour events.

That was until last week, where the 2010 Open Championship winner finished T6 at last week's WGC-St Jude Invitational. He will be hoping to replicate that same magic in San Francisco this week.

Oosthuizen has been paired in Round 1 with American Max Homa and Englishman Matthew Fitzpatrick, teeing off at 17:44 (SA time).

Schwartzel's game has declined over the past two years, mainly due to a wrist injury, which cut his 2019 season in half.

In 10 PGA Tour appearances this year, Schwartzel has missed six cuts, which has resulted in his low ranking of 187th.

His last appearance came two weeks ago at the 3M Open, where he finished T3 at TPC Twin Cities in Blaine.

The 2011 Masters champion is still a fierce opponent and his form at the first major of 2020 could give him the confidence leading up to the remainder of golf's busy schedule.

Schwartzel will get his opening round under way on Thursday alongside Mexico's Abraham Ancer and South Korean Joohyung Kim at 17:55 SA time. Van Rooyen is scheduled to appear in only his second PGA Championship. Last year, in his PGA Championship debut, the South African golfer turned heads as he finished tied for eighth at Bethpage Black in New York.

The 30-year-old has been a fierce competitor on the PGA Tour, which has seen him earn a temporary membership card for the 2019/20 season.

Although he has still a lot to improve on, Van Rooyen is becoming one of South Africa's top-performing golfers and is one to watch out for this week.

He is paired alongside American Russell Henley and Mexico's Carlos Ortiz on Thursday and will tee off at 16:33 SA time. Frittelli is back in action after recovering from coronavirus, which saw him out of action for three weeks.

Frittelli will be playing in his fourth PGA Championship, with his best performance coming in 2018, where he finished T31 at Bellerive Country Club.

The South African golfer, who now resides in Texas, is no stranger to winning in the US after securing his maiden PGA Tour victory last year at the John Deere Classic.

Whether Frittelli will be up the leaderboard this weekend remains to be seen, but the 30-year-old will be hoping to bounce back from his coronavirus disruptions.

He will get his opening round under way on Thursday alongside South Korean Sung Kang and American John O'Leary at 16:22 SA time. Norris will make his second PGA Championship appearance this week. The Johannesburg golfer will be hoping to make the weekend after missing the cut in his debut last year.

Norris received an invitation by the PGA of America to compete in San Francisco. The 38-year-old has made a name for himself on the Asian Tour and the Japan Golf Tour, where he has won a title for four consecutive years from 2016.

Appearances on the European Tour and at WGC-events have seen Norris move to 71st on the world golf rankings.

He has been paired in Round 1 with American duo Jim Herman and Rob Labritz, teeing off 21:52 SA time. Bezuidenhout is a South African youngster to keep an eye on as he makes his PGA Championship debut this week.

In his first seven PGA Tour events, Bezuidenhout has only missed the cut on two occasions, with a best finish of T18 at the Arnold Palmer Invitational.

Bezuidenhout, who was born in Mpumalanga, has already tasted victory this year when he won the Dimension Data Pro-Am in Fancourt in February.

Last year, he clinched his maiden European Tour at the Andalucia Masters in Spain.

Bezuidenhout will get his opening round under way alongside American duo Tyler Duncan and JR Roth at 21:30 SA time.

We live in a world where facts and fiction get blurred
In times of uncertainty you need journalism you can trust. For only R75 per month, you have access to a world of in-depth analyses, investigative journalism, top opinions and a range of features. Journalism strengthens democracy. Invest in the future today.
Subscribe to News24
Related Links
Tiger Woods ready for leap into unknown at fan-free major
Jon Rahm says golf's No 1 spot will be ruled by a committee
Brooks Koepka aims for rare 3-peat on the PGA's big stage
Next on Sport24
Retief Goosen draws on memories for 3rd-place finish in Senior PGA Championship