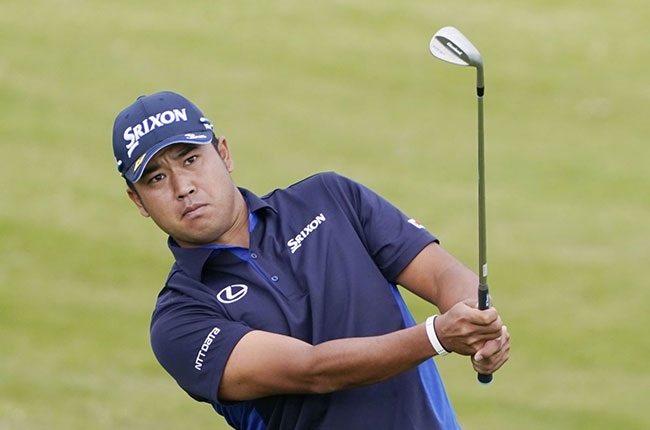 Hideki Matsuyama electrified the home galleries as he got off to a fast start with a six-under round of 64 at the PGA Tour's Zozo Championship in Japan on Thursday.

Matsuyama, who became the first male Japanese player to win a major at the Masters in April, birdied the first hole and picked up two more to be three-under after six holes at Accordia Golf Narashino Country Club in Chiba, outside Tokyo.

He plundered another three birdies on the back nine to lie just a stroke off the first-round lead held by countryman Hiroshi Iwata.

"I've shot six-under the last few tournaments on the first day and I just hope I can keep it going this time," said Matsuyama, who had most of the 5 000 masked spectators allowed following his every move.

"We play in front of a lot of fans on the PGA Tour States-side, but to be able to play in my home country in front of so many Japanese fans, it was a thrill, and I'm glad I played well today," added the world number 19, who was runner-up to Tiger Woods at the inaugural Zozo Championship on the same course two years ago.

Playing partner Xander Schauffele, making his return to Japan less than three months after winning Tokyo Olympics gold, was also quick out of the blocks to reach three under par after just five holes.

But his driving let him down later in the round as the American world number five sprayed his tee shots both left and right to card four bogeys in an untidy level-par 70.

Schauffele's grandparents live in Japan, and his heritage ensured he received plenty of support.

"It was nice to get some claps when you make a birdie putt or even a par putt. The fans were awesome. I think they're happy that we're here and we're definitely happy that they're here," said Schauffele, who was looking forward to locking horns with Matsuyama again in Friday's second round.

"I hope everyone enjoyed whatever show we put on today and I hope that everyone comes out and supports us tomorrow," he said.

Iwata, starting his round on the 10th, reached the turn at five-under par with an eagle at 18 before closing with two more on his second nine for the round of the day with a 63 to stand a shot clear of Matsuyama and Chile's Joaquin Niemann.

England's Matt Wallace was a further shot adrift on five-under 65, with American Brendan Steele alone in fifth place with a four-under par 66.

"This is a really hard course. I love it because it's fun," said Niemann.

The Englishman admitted he struggled early in his round and was two-over standing on the tee of the par-five 18th, his ninth hole.

"It was hard, especially the first few holes where I didn't have my swing," said Fleetwood.

"Yeah the 18th, I played the hole perfect. A drive down the fairway and then a four-iron to like 10 feet and knocked it in," he said.

"Then six. I'm always saying I'm going to hole a bunker shot and I never do, so it was actually nice to pull one off."

We live in a world where facts and fiction get blurred
In times of uncertainty you need journalism you can trust. For only R75 per month, you have access to a world of in-depth analyses, investigative journalism, top opinions and a range of features. Journalism strengthens democracy. Invest in the future today.
Subscribe to News24
Next on Sport24
Matsuyama, Schauffele headline as PGA Tour returns to Asia