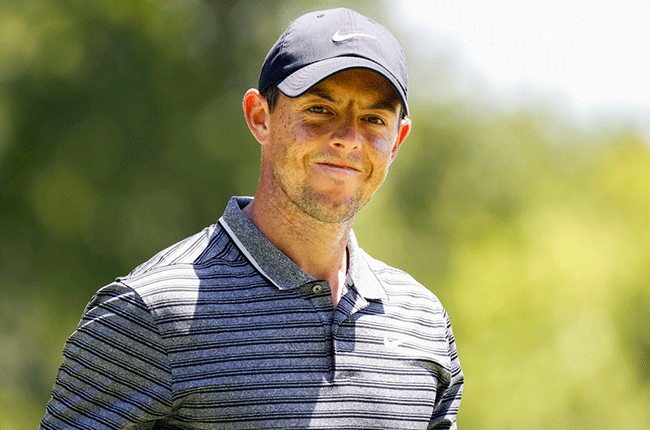 Rory McIlroy is looking for two good weeks of Masters preparation starting on Thursday at the CJ Cup at Shadow Creek even as he tries to emulate Bryson DeChambeau's ball-blasting style.

The four-time major winner from Northern Ireland, who could complete a career Grand Slam by winning the green jacket next month at Augusta National, has not played since last month's US Open was won by DeChambeau.

"I'm excited, after three weeks, to get back at it again," McIlroy said. "With how good the greens are here and how slopey, how fast and how the course is set up, it's actually not a bad place to prepare for Augusta.

"Same conditions you're going to get there in terms of grass anyway. Climate's going to be a bit different, but it's not bad preparation."

"Two really good weeks to see where your game's at," McIlroy said. "And then go home and work on some stuff before Augusta.

"Feel like my game is at least heading in the right direction."

McIlroy, whose final-round 80 in 2011 cost him a Masters crown, says he does not put much extra pressure on himself at Augusta National even with a career Slam at stake since 2015.

"I don't feel like I put a lot of pressure on myself that week," McIlroy said. "Obviously having a really good chance to win back in 2011 and not being able to win the tournament since then and a lot of people say that the course is suited to my game and all that stuff, I think that's just perceived expectation from the outside rather than what I put on myself.

"I know if I do play well I should have a decent chance. I don't think having a daughter's going to change how I play. It might change my outlook if I have a bad day and I know that I can go back and see my family and have a smile on my face, but I don't think it's going to make me play the tournament any differently."

McIlroy plans on sneaking in a couple of trips to Augusta for practice rounds before the November 12-15 event.

Something all golf stars are adapting to is the success of DeChambeau, whose style of driving as far as possible no matter where the ball lands produced a US Open triumph.

"He's just trying to move as fast as he can, and it's trying to get your body used to moving that way and sort of making the target irrelevant for a time being," McIlroy said. "He's definitely the most talked about man in golf right now."

And McIlroy is paying attention.

"From what I've done and what I've been trying -- sort of experimenting with the last couple weeks -- it's the fastest I've ever moved the club, the fastest my body has ever moved," McIlroy said. "I think it's the way the game's going. I'm just trying to keep up with the way it's going."

McIlroy sees DeChambeau as the first to make full use of all the new data available to golfers.

"He has went to the Nth degree of everything we have available to us, science, TrackMan, biomechanics, everything, all the knowledge that we have nowadays that golfers 20 years ago didn't," McIlroy said.

"Now that we have all that, Bryson is that personality that goes down that rabbit hole more than anyone else. So I think that's credit to him, he's worked his ass off to do that and it's paying off hugely."