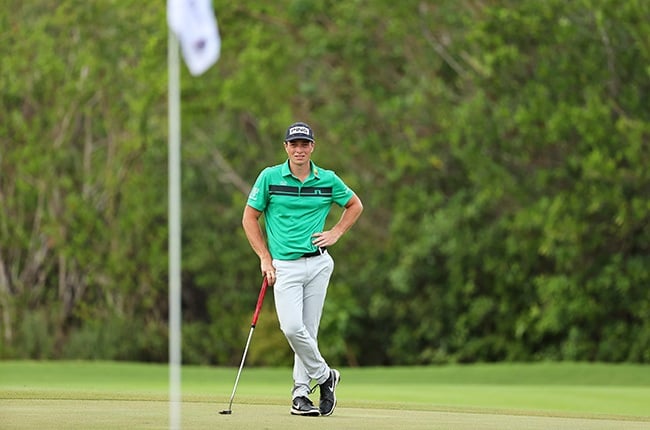 Viktor Hovland and Kris Ventura, who played together as juniors in Norway and as college teammates, grabbed a share of the first-round lead Thursday in the US PGA Tour's Zurich Classic team event.

The duo -- who estimate they've played hundreds of rounds together dating back to their amateur days -- birdied nine of their final 12 holes in the four-ball first round at TPC Louisiana near New Orleans, posting a 10-under par 62.

Late starters Brice Garnett and Scott Stallings of the United States tied them for the lead, with seven teams sharing third, a stroke back on 63.

"The mindset overall is just that we know each other pretty well and we're comfortable around each other, so it was going to be a fun day no matter what," Hovland said.

"Obviously we played well today, but it's always fun to play together, and we don't get to do that very often in a tournament especially. It definitely brings back some memories to national teams in Norway and college golf, for sure."

Hovland and Ventura had just one birdie in their first six holes, but then the birdies started falling.

"Kris decided to heat up his putter," Hovland said. "That really helped."

Ventura drained birdie putts of 36 feet and 20 feet at the 15th and 16th and Hovland capped their day with an eight-foot birdie at the last.

Garnett and Stallings birdied eight of their last 11 holes to seize their share of the lead.

After teeing off on 10 and making the turn at four-under, Garnett stuck it close at the second, fourth, and fifth holes and made all of his birdie putts. Stallings drained an 18-footer at their penultimate hole, the eighth, to tie Hovland and Ventura.

"We had a tale of two nines," Stallings said. "It was nice we didn't birdie the same hole ever, and that's what you have to do. We did a great job of that today."

Australian Cameron Smith, who won the tournament in 2017 in its first incarnation as a team event, drained a 38-foot eagle putt at the par-five second to help him and fellow Aussie Mark Leishman get to 63.

Defending champions Ryan Palmer and Jon Rahm of Spain combined for a 65, leaving themselves some catching up to do in Friday's second round, which will be played in a foursomes format.