Los Angeles - Belgium's Thomas Pieters rolled in a 32-foot birdie putt at the final hole on Saturday to share the third-round lead at the WGC Bridgestone Invitational with two-time major winner Zach Johnson.

Johnson also birdied the last hole at Firestone Country Club in Akron, Ohio, briefly taking sole possession of the lead before Pieters, who led by as many as three strokes, joined him.

At nine-under 201 they were one stroke in front of Australian veteran Scott Hend, who carded a sensational 63 for 202.

Hend is playing in the Bridgestone for the first time, gaining entry to the field thanks to topping the Asian Tour Order of Merit last season.

He had four birdies on each side with one bogey, capping his round with a 15-foot birdie putt at 18.

Japan's Hideki Matsuyma was alone in fourth after a 67 for 203.

Northern Ireland's Rory McIlroy carded a 68 to head a group on 204 that also included Canadian Adam Hadwin and American Charley Hoffman, who both shot 67.

Pieters started the day two shots behind overnight leader Jimmy Walker and surged quickly to the top with four birdies in his first five holes.

Another birdie at the eighth was followed by his first bogey of the day at the ninth.

He rebounded with a birdie at 10, but errant tee shots led to bogeys at 13 and 14 and a birdie at 16 was followed by another bogey at 17.

Johnson had managed to get his nose in front, rolling in a 10-footer at the last, when Pieters drained his long putt at the last for a share of the lead.

Johnson will be seeking his first title since he captured his second career major at the British Open at St. Andrews in 2015.

"Clearly the putts today were very good," Johnson said. "I hit a lot of greens. I hit a lot of fairways. You give yourself ample opportunities, occasionally they're going to fall."

McIlroy, impressive off the tee, said he felt he could have "got a lot more" out of his round.

"Three behind going into tomorrow, which still with how I'm playing I feel I can make that ground up pretty easily," he said. "I just need to see a couple of putts drop."

Walker, who will be defending his title at the PGA Championship at Quail Hollow next week, was in trouble early with two double-bogeys and two bogeys on the front nine.

He was six adrift, in a group that also included Australian Jason Day -- who had turned things around after an early double-bogey only to close with back-to-back bogeys in a 70.

The group on 207 also included US Open champion Brooks Koepka, while British Open winner Jordan Spieth was a further stroke back in a group on 208. 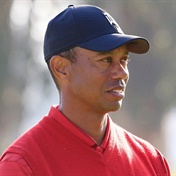