'Reset' Johnson aims to bounce back after winless 2021 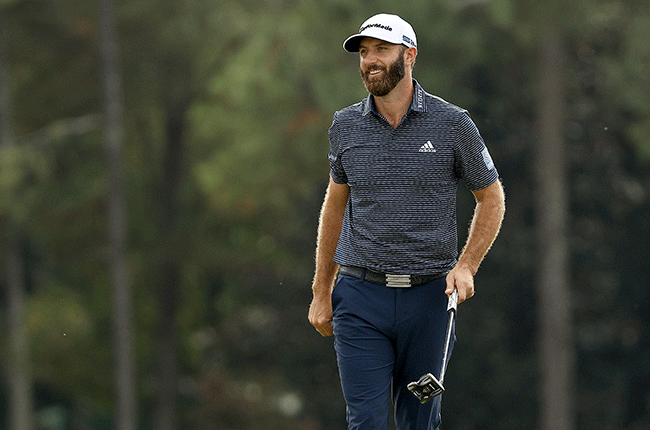 A recharged Dustin Johnson will make his 2022 debut at the Farmers Insurance Open in California on Wednesday hoping to bounce back after a winless 2021.

The two-time major winner and former world number one endured a frustrating 2021, failing to win a tournament in a calendar year for only the second time since he joined the PGA Tour in 2008.

Johnson - whose last tournament appearance came at the CJ Cup in Las Vegas last October - opted to take a lengthy break following that outing in Nevada, where he finished tied for 45th place.

It has left the world number four feeling refreshed as he prepares to tackle the demanding layout at Torrey Pines outside San Diego this week.

"I just needed a reset with mind, body, everything," Johnson said on Tuesday.

"I was really frustrated with how I played this year."

Johnson believes he will reap the benefits of his three-month break from golf at the back end of this year, as the PGA Tour playoffs and other big tournaments come thick and fast.

"It's a long year," Johnson said. "Especially when it comes down towards the end of the year when we have a lot of big tournaments all in a row. I'll still feel fresh and rested."

Johnson's problems in 2021 were all the more baffling after he finished 2020 in blistering form, with wins in the Travelers Championship, the Northern Trust and Tour Championship followed by a victory in the rescheduled Masters at Augusta in November that year.

But the consistency which underpinned those victories vanished in 2021.

"It just gets frustrating when you do it for eight months straight. Especially after like the Fall I had the year before, it was really frustrating."

Johnson, who spent his time off with his family with some fishing thrown in, said he is already seeing signs that his form has been rejuvenated.

"Last week I started hitting balls again and it's been pretty good," he said.

"That's what I wanted. After last year I was frustrated with everything, so a break was what I needed."

This week's tournament meanwhile marks a happy return for world number one Jon Rahm, who tees off at Torrey Pines on Wednesday just seven months after winning his maiden major title at the course last June with victory in the US Open.

Rahm clinched that crown with back-to-back birdies on the final two holes, and admitted returning to San Diego this week gave him an "incredible sense of pride."

"So hopefully I can keep adding to it."

We live in a world where facts and fiction get blurred
In times of uncertainty you need journalism you can trust. For 14 free days, you can have access to a world of in-depth analyses, investigative journalism, top opinions and a range of features. Journalism strengthens democracy. Invest in the future today. Thereafter you will be billed R75 per month. You can cancel anytime and if you cancel within 14 days you won't be billed.
Subscribe to News24
Next on Sport24
PGA Tour Charles Schwab Challenge | World No 1 Scheffler keeps share of PGA Colonial lead, SA's Bezuidenhout 5 shots back

Get the newsletter
Voting Booth
Would you be keen to see the Springboks join the Six Nations?
Please select an option Oops! Something went wrong, please try again later.
Yes! The Northern Hemisphere is the future.
52% - 2564 votes
No! The Rugby Championship is still the pinnacle.
48% - 2322 votes
Previous Results
Showmax
The story of a legend: Sir Alex Ferguson