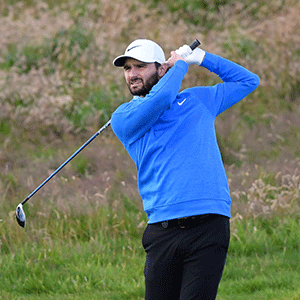 Miami - Kyle Stanley, looking for his first PGA Tour title since 2017, fired an eight-under par 64 on Thursday to take a two-shot first-round lead in the Puerto Rico Open.

Stanley posted a career-high nine birdies, hitting all 18 greens in regulation and dropping his only shot of the day at the eighth.

He birdied the first three holes - and four of the first five - on the par-72 Coco Beach Golf and Country Club course.

He added another four birdies in a row from the ninth through the 12th and picked up one last birdie at 15.

"Just kind of caught a hot putter," Stanley said. "Ball-striking was pretty good and felt like I drove it well, too. Just a pretty solid round of golf."

Pretty windy out there, so I'm really happy with the round."

It was a welcome turnaround for Stanley, winner of the 2012 Phoenix Open and 2017 Quicken Loans National who has made just four cuts in 11 starts so far in the 2019-2020 season.

"To be honest, I really haven't been playing that well the past month or so," Stanley said. "I really struggled with my ball-striking last week in LA, but felt like I putted pretty well. Just tried to clean up a few things in my swing and continue with some good putting prep leading into today."

A victory in Puerto Rico - a tournament played opposite the elite World Golf Championships Mexico Championship - would see him secure his US PGA Tour card for another two seasons.

We live in a world where facts and fiction get blurred
In times of uncertainty you need journalism you can trust. For only R75 per month, you have access to a world of in-depth analyses, investigative journalism, top opinions and a range of features. Journalism strengthens democracy. Invest in the future today.
Subscribe to News24
Related Links
Strydom grabs lead to open Serengeti title defence
Hoylake course to be 'future friendly' for 2022 Open Championship
Epic duels loom in quarters at SA Amateur
Next on Sport24
Fowler takes lead in Las Vegas, eyes end to drought

Choose your newsletters
Voting Booth
After the opening weekend of URC action, what did you make of the South African struggles?
Please select an option Oops! Something went wrong, please try again later.
It exposed the quality of South African rugby...
39% - 2044 votes
There were positives to take
7% - 357 votes
We shouldn't read too much into one weekend
17% - 886 votes
It will take the SA sides time to adjust to the new competition
38% - 1987 votes
Previous Results
Showmax
The story of a legend: Sir Alex Ferguson