'We had our 20-year run together,' says Woods as he mourns Kobe 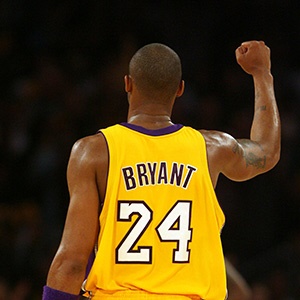 Los Angeles - Tiger Woods was on the course and in contention when news began to spread that his former training partner Kobe Bryant had died.

The mood at the Farmers Insurance Open at Torrey Pines in Southern California on Sunday quickly turned somber according to Rich Lerner, who was commenting for US television.

"Eerily quiet on the grounds of Torrey Pines," he said. "People had their heads down, looking at their cellphones trying to come to grips with the terrible reality.

"This place was absolutely shaken."

Yet caddy Joey LaCava managed to keep the news from Tiger Woods, who knew Bryant and whose career for a long time ran parallel with the Laker great.

"I was trying to win the golf tournament," Woods said immediately after the round. "Joey realised that I was locked in on that and didn't want to distract me with that type of news."

"People were yelling, 'Do it for Mamba.' Now I understand," Woods said, referring to Bryant's nickname. "People yell things all the time, so I was just plodding along, doing my own thing."

"I grew up a diehard Laker fan. He was part of the most historic franchise in the NBA. Ultimate toughness. Ultimate competitor."

Before relocating to Florida, Woods lived not far from Bryant just outside Los Angeles.

"I had a house in Newport (Beach). We'd work out together and hang a little bit but when I sold that house I didn't really see him that often every now and again he'd reach out and I'd reach out to him."

"I was always getting up early, he'd get up early and we'd work out. He missed being competitive," said Woods, speaking to media "eight or nine minutes" after learning the news.

"We really connected on the mental side the prep how much it takes to be prepared. I don't have to react like he does in my sport. We can take our time, but you still have to pay attention to the details - that's what he did probably better than any other player in NBA history.

"He paid attention to details, to those little things.

"That's where he and I really connected. We're very similar."

Woods, who is 44, turned professional in August 1996. Bryant, who was 41, was drafted June that year in by the Charlotte before being traded to the Lakers and made his NBA debut in November that year.

"He came in the league and I turned pro more or less the same time. We had our 20-year run together."

"It's unbelievable, the reality that he's no longer here," said Woods.

We live in a world where facts and fiction get blurred
In times of uncertainty you need journalism you can trust. For only R75 per month, you have access to a world of in-depth analyses, investigative journalism, top opinions and a range of features. Journalism strengthens democracy. Invest in the future today.
Subscribe to News24
Related Links
PGA Tour 2019/20 schedule
SA's Bezuidenhout falls short in Dubai as Herbert claims playoff win
New golf league gets interest from PGA players: reports
Next on Sport24
Stunning eagle lands Matsuyama coveted PGA Tour win in Japan

Choose your newsletters
Voting Booth
Should Proteas star Quinton de Kock continue playing at the T20 World Cup even if he doesn't take the knee in support of the fight against racism?
Please select an option Oops! Something went wrong, please try again later.
Yes! He should be allowed to show his support any way he chooses
39% - 2325 votes
No! If De Kock refuses to unite with his teammates, then he should be on the next plane home
12% - 709 votes
The only ones at fault here are Cricket SA, who have sabotaged another Proteas World Cup
50% - 2979 votes
Previous Results
Showmax
The story of a legend: Sir Alex Ferguson