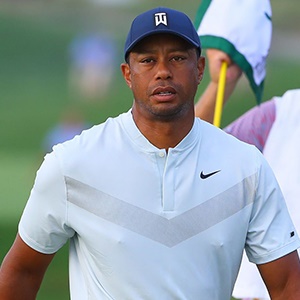 Jeju - Phil Mickelson said Wednesday that captain Tiger Woods should pick himself to play the Presidents Cup this year believing it is wrong that two of 2019's major winners are not automatic selections.

Woods won his 15th major at The Masters and Gary Woodland won the US Open, but neither qualified automatically in the top eight points scorers for December's team matchplay showdown against Team International in Melbourne.

"I think those two players should be automatic picks," Mickelson firmly told AFP at the CJ Cup in Jeju, South Korea.

"I think if somebody else was the captain, 100 percent they would pick Tiger.

"The only reason that it's a question is because it's weird to pick yourself, but he's ninth in the world, and he won the Masters. He should be on the team."

Mickelson has an unmatched record in team events, playing in 24 consecutive Ryder or Presidents Cups since 1994.

But the five-time major winner is resigned to missing out saying his form this year has not been good enough.

"I have not played well in the last seven, eight months," said the slimmed-down 49-year-old, who has embarked on a fitness and diet regime in an effort to get back to his best.

"Even if I were to win (this week), I have not done enough to warrant a pick. I'm not asking for one, I don't expect one."

Woods is returning from arthroscopic surgery at the inaugural Zozo Championship in Japan next week and his fitness will probably decide if he follows the advice of his long-standing rival.

Mickelson by contrast is revelling in his new fitter body and has set himself the target of making the US Ryder Cup team next at Whistling Straights at the age of 50.

"Well, I'm starting to play some good golf and I fully expect to play to my level and make the Ryder Cup team next year," he said.

"But the players that are on the Presidents Cup team need to showcase consistency throughout the year.

"I have not played very consistent good golf at all this year. And there are a lot better, more deserving players that have earned their way on to the team."

A lithe-looking Mickelson would not reveal how much weight he has lost, but said he was already feeling the benefits.

"I've changed my eating habits. I eat much healthier, I eat a lot less," he revealed.

"I work out twice a day when I'm home and I believe that the weight loss and increased physical fitness will help me play better," said Mickelson.

"It helps me have more energy and more focus towards the end of the rounds. I'm optimistic and believe that I will start to play to the level that I know I'm able to."

We live in a world where facts and fiction get blurred
In times of uncertainty you need journalism you can trust. For 14 free days, you can have access to a world of in-depth analyses, investigative journalism, top opinions and a range of features. Journalism strengthens democracy. Invest in the future today. Thereafter you will be billed R75 per month. You can cancel anytime and if you cancel within 14 days you won't be billed.
Subscribe to News24
Related Links
Dlamini dominates to lead Women's Origins of Golf
Rivalry, what rivalry? Koepka takes swipe at McIlroy
Koepka leads big guns rolling in for PGA Tour's Asian riches
Next on Sport
Dates announced for 2022 Ryder Cup in Italy