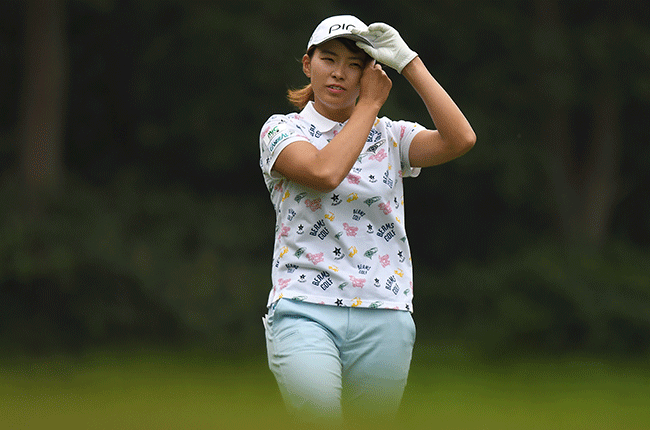 Dangerous weather halted play for the day in Sunday's final round of the 75th US Women's Open before leaders could even tee off, setting up a Monday finish to the year's last major golf championship.

US Golf Association officials stopped play 25 minutes before Shibuno was set to tee off in the final group and called off play for the day about 3 1/2 hours later "due to course conditions and anticipated inclement weather."

The course has received .73 of an inch of rain in the past 24 hours, said USGA senior managing director of championships John Bodenhamer.

"We want to ensure course conditions are worthy of crowning a major champion," Bodenhamer said.

Golfers were in threesomes and tee times had been moved up to try and finish by sunset, but the final three groups off the first and 10th tees never began.

The event was rescheduled from June due to the Covid-19 pandemic, which also kept spectators from attending.

Shibuno, 22, is trying to win her US Women's Open debut as she did her major debut last year. The "Smiling Cinderella" won four times last year on the Japan LPGA Tour.

Thailand's Moriya Jutanugarn and South Korea's Kim2 Ji-yeong were the only other players under par after 54 holes, each on 212.

Moriya, whose only LPGA title came at the 2018 Los Angeles Open, could join her sister Ariya as a US Women's Open champion, becoming the first siblings to each capture the crown.

Kim2 made the cut on the number and fired a bogey-free 67 on Saturday to charge into contention.

Ariya Jutanugarn, a two-time major winner, joined a pack on level par by opening with a birdie just before play was halted.

Also on level par yet to tee off were New Zealand's Lydia Ko and Americans Yealimi Noh, Megan Khang and Kaitlyn Papp.

We live in a world where facts and fiction get blurred
In times of uncertainty you need journalism you can trust. For only R75 per month, you have access to a world of in-depth analyses, investigative journalism, top opinions and a range of features. Journalism strengthens democracy. Invest in the future today.
Subscribe to News24
Related Links
Americans English and Kuchar romp to 3rd Shootout crown
Westwood wins Race to Dubai as Fitzpatrick lands World Tour Championship
Reed stays on course for European number one spot, Grace 5 shots back
Next on Sport24
Nortje goes 6-under for share of Blair Atholl lead