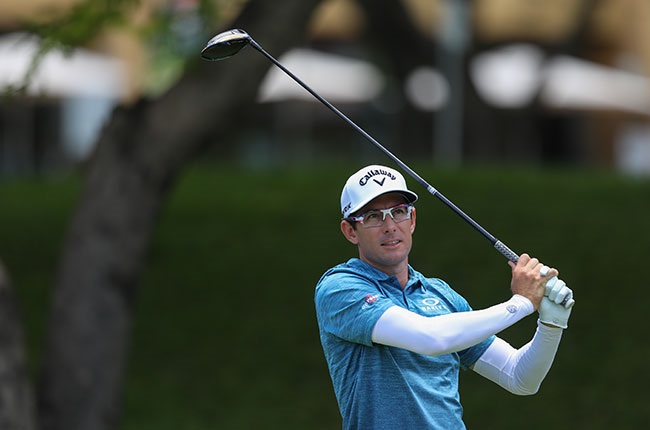 On Thursday, the Joburg Open tees off at Randpark Golf Club with a massive South African contingent vying for the coveted trophy at the first-ever DP World Tour event.

Dylan Frittelli, who is ranked 112th in the world rankings, is one of the big names in this week's field as he returns home after playing the majority of his events on the PGA Tour.

Despite his fifth-place finish at the Open Championship at Royal St. George's, Frittelli hasn't been able to get going in America with 17 missed cuts in 27 events.

However, Frittelli, who resides in Texas, says that he is excited to tee off in Thursday's opening round as he looks to give back to South African golf.

"I always look forward to coming back to South Africa. It's the highlight of my year to see family and friends and spend some time in the summer weather and then also seeing some few familiar faces on the Sunshine Tour," said Frittelli.

The Sunshine Tour confirmed that a limited number of 2 000 fully vaccinated spectators will be able to attend this week's Joburg Open and the South African Open in Sun City (2-5 December).

Frittelli will remain at home throughout the DP World Tour's South African swing, with the SA Open and Alfred Dunhill Championship (9-12 December) scheduled to take place.

Brandon Stone, who won the Limpopo Championship in April, has been in and out of form this year.

However, he admits that he has been looking forward to this swing for a while.

"It's always been a challenge; I quite enjoy the golf course. It's always nice to aim the season with three weeks at home. During the year, all you're thinking about is making it to the end of the year and get back home," said Stone.

"It's a fantastic field that's been assembled for the week; it's going to be a challenge. It's going to be tricky conditions. Obviously, we're in Joburg, where it rains in November side. I think it definitely sets up for a thrilling week."

At this year's Joburg Open, a new winner will be crowned as Denmark's Joachim B Hansen will not defend his 2020 title.

Featured Round 1 pairings of Joburg Open:

We live in a world where facts and fiction get blurred
In times of uncertainty you need journalism you can trust. For only R75 per month, you have access to a world of in-depth analyses, investigative journalism, top opinions and a range of features. Journalism strengthens democracy. Invest in the future today.
Subscribe to News24
Next on Sport24
Dean Burmester reflects on successful year as he eyes Joburg Open crown