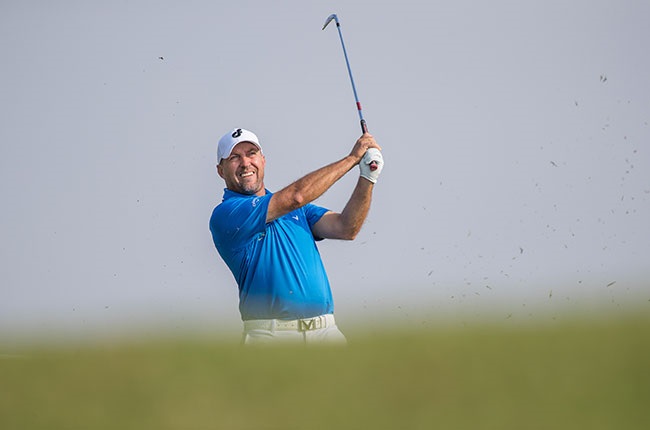 In what has been a trying week for the Sunshine Tour with the DP World Tour not co-sanctioning the prestigious SA Open due to the new Omicron variant.

On Tuesday, 18-time Sunshine Tour winner Darren Fichardt was forced to withdraw from his national Open after testing positive for the coronavirus.

"So unfortunately, my season has come to a end as I've had to withdraw from the SA Open due to a positive Covid Test," said Fichardt on Facebook as he currently self-isolates.

"2021 has been full of its challenges but at least there's a full year, next year, to tackle head on!! Til next. Keep safe everyone!"

Then on Wednesday, the Sunshine Tour confirmed that three additional players have been forced to withdraw in Sun City.

SA golfers Dylan Mostert, Teaghan Gauche and Siyanda Mwandla tested positive for Covid-19 and are "currently self-isolating and being given all the necessary support from the Sunshine Tour to ensure their comfort and safety".

The 156-man field will see South Africa's best golfers vie for the coveted trophy with highest-ranked SA golfer in the field, Christiaan Bezuidenhout, set to defend his title.

This week's South African Open in Sun City will be broadcast live on SuperSport (Channel 201, 213) from Thursday at 12:00.

We live in a world where facts and fiction get blurred
In times of uncertainty you need journalism you can trust. For only R75 per month, you have access to a world of in-depth analyses, investigative journalism, top opinions and a range of features. Journalism strengthens democracy. Invest in the future today.
Subscribe to News24
Next on Sport24
Sunshine Tour boss on horror week as Covid-19 hits SA golf: 'It was pretty frustrating to see'