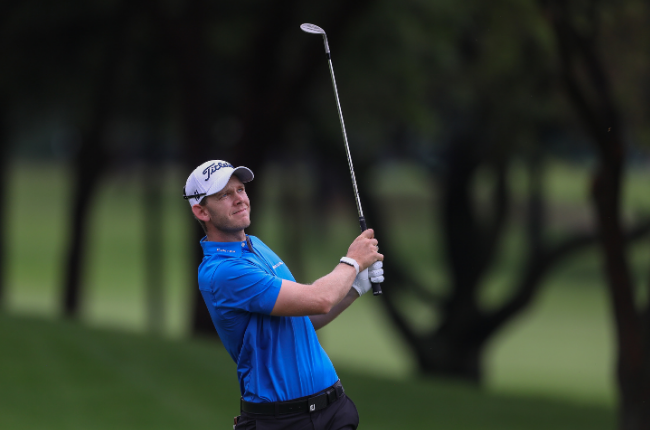 Denmark's Joachim B. Hansen edged out South Africa's Wilco Nienaber to win his maiden European Tour title at the Joburg Open on Sunday.

Hansen carded a superb bogey-free round to seal the title by two shots at Randpark Golf Club.

The 30-year-old fired a 4-under 67 final round to finish on 19-under for the tournament and claim his maiden European Tour trophy in 146 appearances.

"It's quite emotional. This is what we work for, you know?" Hansen said following his victory.

"Wilco got in front quite quick, by three shots, and we managed to stick to our game and our plan."

Nienaber, who was the overnight leader by one shot, posted a 1-under 70 final round to finish second at 17-under par.

This is Nienaber's highest finish in a European Tour event.

Fellow countryman Shaun Norris also had a stellar finish at Randpark as he shot a 5-under 66 to end third on 16-under par.

Brandon Stone was tied for fourth after a two-under 69 to finish 13-under par.

The European Tour now moves to Leopard Creek Country Club for the Alfred Dunhill Championship which will feature prize money of R29 million - the largest purse on the Sunshine Tour this season.

We live in a world where facts and fiction get blurred
In times of uncertainty you need journalism you can trust. For 14 free days, you can have access to a world of in-depth analyses, investigative journalism, top opinions and a range of features. Journalism strengthens democracy. Invest in the future today. Thereafter you will be billed R75 per month. You can cancel anytime and if you cancel within 14 days you won't be billed.
Subscribe to News24
Related Links
Kim uses late birdie run to open up 5 shot lead LPGA lead
Robert Streb stretches lead, Zach Johnson lurks at Sea Island
Master blaster Nienaber uses putting skills to lead Joburg Open
Next on Sport
Sunshine Tour | Strydom slips as Korb pounces to win Vodacom Origins in St Francis