No Covid-19 bio-bubble for returning Sunshine Tour, players to be screened daily 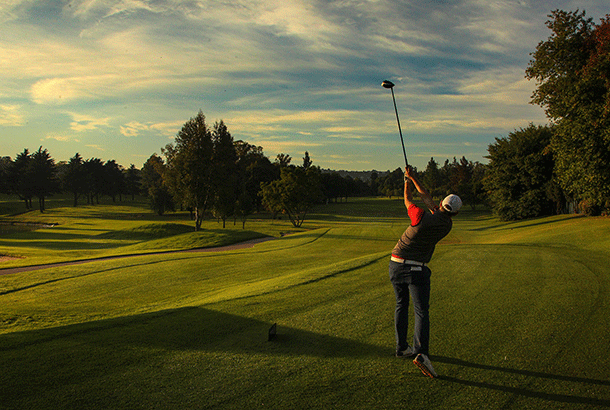 The Sunshine Tour is set to return on 19 August with a new Gauteng swing of five tournaments called the Rise-Up Series.

Professional golf in South Africa has been suspended since March due to the coronavirus pandemic.

Last week, the Sunshine Tour confirmed that their 2020 season will kick off with the Betway Championship at Killarney Country Club.

Speaking to the media on Tuesday, Sunshine Tour deputy commissioner Thomas Abt revealed that the Sunshine Tour will not make players, caddies and staff live in a "bubble".

"It's a bit difficult to create a bubble, we've got players and caddies coming all over the country as well as the support staff," said Abt.

"When players arrive at the golf club, players will need to wear a mask, social distance and sanitise. Once they get on the golf course, they can take off their mask."

On the European Tour, all players and caddies must stay within the bubble, which is the course and the hotel. While on the PGA Tour, there is no bubble but there are various measures like providing chartered jets and "host hotels".

All golfers, caddies and staff on the Sunshine Tour will play according to the GolfRSA's Covid-19 Risk Mitigation Strategy, which has been approved by the Department of Sport and Recreation.

Prior to next week's resumption, all players have had to go through a screening process a minimum of two weeks before a tournament starts.

There will be no spectators or player support staff allowed at these tournaments and no hospitality facilities for the professional golfers and their caddies.

Every morning, players, caddies and staff will be screened.

"We will have screening station every morning at the golf course where players will be screened. If they show any symptoms that are prevalent in that screening, player can go into the holding room for a second screening," said Abt.

The Rise-Up Series will take place in Gauteng, which has become the epicentre of the coronavirus pandemic in South Africa.

"This concept has been on for the table a while before Gauteng was the hotspot," said Abt.

"Gauteng has always been the place to be purely based on golf on the Sunshine Tour, our professional membership base is up here. We have a plethora of really top quality golf courses in a smaller area than if you were to go to Durban or one of the other provinces."

The Rise-Up Series will feature five 54-hole tournaments each with a purse of R600 000.