SA Open: All the stats and facts ahead of the historic tournament The South African Open Championship tees off from Thursday at the Gary Player Country Club in Sun City.

It's the final event for the Sunshine Tour this year following the cancellation of the Alfred Dunhill Championship at Leopard Creek.

156 golfers are entered into a mostly dominated South African field as they vie for a prize fund of $500 000 (R8 million).

This week's South African Open in Sun City will be broadcast live on SuperSport (Channel 201, 213) from Thursday at 12:00.

Sport24 looks at some of the stats and facts ahead of Thursday's opening round and the featured groupings to watch out for.

The SA Open, which dates back to 1903, is rich with history, as it's the second oldest national Open in golf behind the Open Championship.

Nine-time major winner and World Golf Hall of Famer Gary Player has won a whopping 13 SA Open titles between 1956 and 1981 - the most by any golfer.

This is also the first time since 1996 that the SA Open will not be co-sanctioned by the DP World Tour, formerly known as the European Tour.

Coronavirus' impact on this year's Open

Unlike last year's tournament, this week's SA Open has been heavily clouded by the ongoing pandemic.

It forced the SA Open to be a sole Sunshine Tour event, which not only saw the field but the prize fund significantly affected.

In the build-up to this week's tournament in Sun City, four South African golfers tested positive for coronavirus and had been forced to withdraw.

Despite the ongoing virus, the Sunshine Tour has committed to its most prestigious event with plenty of Covid-19 protocols put in place.

This week, some vaccinated South African fans will get their opportunity to watch the action at Gary Player Country Club. In an interview with Sunshine Tour commissioner Thomas Abt, he stated that tickets would be issued through the Tour's sponsors and partners like Sun International. 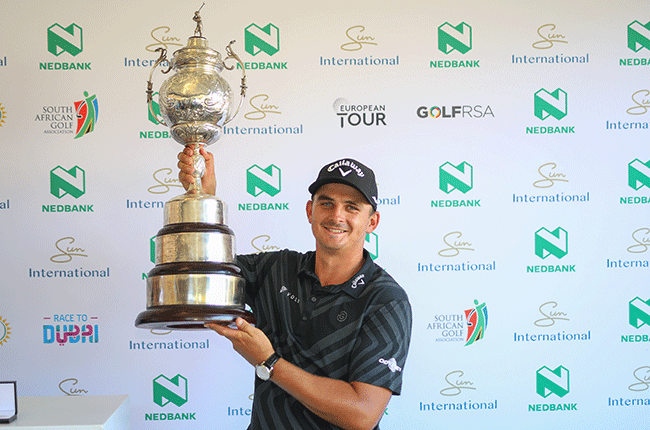 It's a star-studded field

Despite several European players back home, this week's SA Open field is still a star-studded affair with multiple local stars eager to host the title.

Bezuidenhout, who cruised to victory last year in Sun City, will look to defend his title. The Tokyo Olympian is also the highest-ranked golfer in the field and currently sits 48th in the world.

Another Olympian is Garrick Higgo, who was one of SA's biggest golf stars this year after his back-to-back wins on the European Tour and maiden PGA Tour title in May.

Then there's no denying the in-form Dean Burmester, who cruised to the Tenerife Open title in Spain and won the SA PGA Championship last month.

Despite not winning this year so far, Dylan Frittelli is another massive contender to hoist his first SA Open title. Frittelli, who is a regular on the PGA Tour, finished T12 at last week's Joburg Open and hopes to achieve his life-long goal this week.

Did you know?
Christiaan Bezuidenhout and Dylan Frittelli are the only South African golfers in the field this week, who have played in all four Majors this year.

Meanwhile, several amateurs seek to close out their year with the Freddie Tait Cup, which is awarded to the leading amateur of the week. Casey Jarvis won the trophy last year after finishing T25 and hopes to win it again come Sunday.

Also Scottish golfer David Drysdale decided to stay in South Africa and is in the SA Open field this week as he and his caddie wife planned to stay with friends in Johannesburg over Christmas.

What they are saying ahead of SA Open:

"It was critically important for us to have this event on our calendar, it's one of the world's oldest Opens and it's one of the events we pride ourselves in, It's one of the trophies that so many players want to win and you'll see from the field, you have Garrick Higgo, Christiaan Bezuidenhout, Thomas Aiken, Dean Burmester, Justin Harding are playing in this event." - Sunshine Tour commissioner Thomas Abt

"To win the South African Open is any South African golfer's dream... Covid-19 has made things a bit different. But I can tell you one thing that hasn’t changed – it’s still going to be an incredible honour for the golfer who lifts that trophy on Sunday." - Hennie du Plessis

"I've got to get my name on the SA Open trophy before I stop playing golf. Maybe it's a bit easier this week not having the Europeans here, but I'm more thankful that the tournament is going ahead. I remember qualifying at the age of 16 years old and getting in the field for the SA Open at Humewood. Ernie Els won that week. That was my first taste of SA Open golf. In my opinion, you always come back and you play in your national Open." - Dylan Frittelli

"It's one of those tournaments that never weighs off. It would probably be the most treasured tournament in South African golf. Coming back to Sun City and having won the SA Open before, means the world to me." - James Kingston

We live in a world where facts and fiction get blurred
In times of uncertainty you need journalism you can trust. For only R75 per month, you have access to a world of in-depth analyses, investigative journalism, top opinions and a range of features. Journalism strengthens democracy. Invest in the future today.
Subscribe to News24
Next on Sport24
Bezuidenhout eager to defend as 'thankful' Frittelli eyes SA Open title

Choose your newsletters
Voting Booth
What are your views on the World Rugby men's Player of the Year nominations for 2021 not including any Springboks?
Please select an option Oops! Something went wrong, please try again later.
It's a disgrace! Both Siya Kolisi AND Eben Etzebeth should have been nominated!
39% - 6457 votes
Siya, at the very least, should have been included after a superb season
6% - 1022 votes
Etzebeth has been SA's best player this year and should feel hard done by
21% - 3508 votes
Get over it! Moaning about this just sounds like sour grapes!
33% - 5514 votes
Previous Results
Showmax
The story of a legend: Sir Alex Ferguson