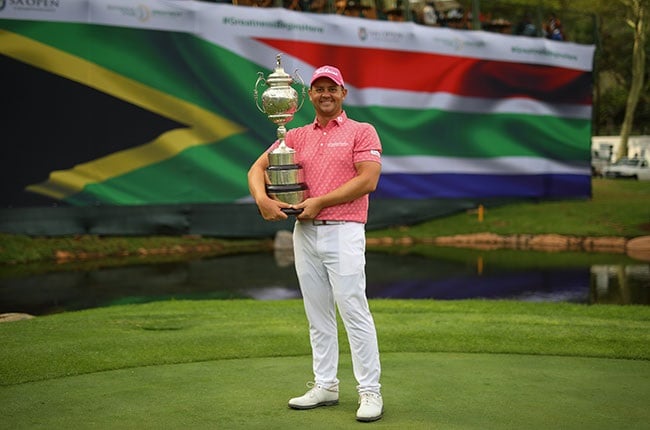 The South African Open Championship, co-sanctioned by the DP World Tour and Sunshine Tour, has confirmed Investec as its title sponsor for the next four years.

The SA Open, the second oldest national Open in golf after The Open Championship, will see 156 golfers vie for a minimum prize fund of $1.5 million.

The SA Open returns to the DP World Tour schedule after last year's tournament was downgraded to a sole Sunshine Tour event due to the then-rise of the omicron variant.

It was confirmed that the 2022 SA Open would be held at Blair Atholl Golf and Equestrian Estate in Lanseria, with the final date to be confirmed.

"The South African Open has distinguished itself as one of the most prized titles in world golf with a legacy of champions which includes some of the greatest names in the game," said Thomas Abt, Commissioner of the Sunshine Tour.

"We are proud to have our national Open associated with a sponsor that exudes the same spirit of excellence and professionalism for which this championship is known and which adds significantly to the legacy of this great event.

"Investec's further support of our Sunshine Tour Transformation Class is an incredible investment on their part in the future potential of South African golf and aligns perfectly with our own vision that Greatness Begins Here on the Sunshine Tour."

Investec has been one of the biggest contributors to South African golf since 2008, as the sponsor of the Royal Swazi Open and serving as title sponsor of the SA Women's Open's since 2018.

Peta Dixon, Investec's head of sponsorships, says: "Investec is an organisation firmly rooted in South Africa and, as title sponsor of both South African Opens, we believe we can continue to contribute to a game so many are passionate about. The most powerful possibilities are human and so it is with great pride that we also announce our commitment to the Sunshine Tour Transformation Class for a three-year period.

"As the official patron, we will work alongside The Sunshine Tour to help close the gap between young talent becoming professional players, ensuring that, when the time comes, each player is suitably equipped to perform on the professional circuit."

We live in a world where facts and fiction get blurred
In times of uncertainty you need journalism you can trust. For 14 free days, you can have access to a world of in-depth analyses, investigative journalism, top opinions and a range of features. Journalism strengthens democracy. Invest in the future today. Thereafter you will be billed R75 per month. You can cancel anytime and if you cancel within 14 days you won't be billed.
Subscribe to News24
Next on Sport24
Loubser claims maiden Sunshine Tour win at Arabella