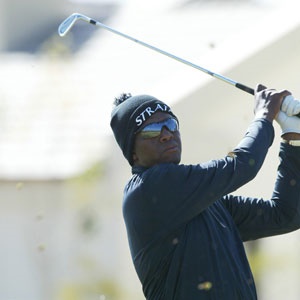 Johannesburg - No sooner had Norman Mashaba taken up what he describes as a historic new role as director of golf at Steyn City in Midrand than he sat down for a meeting to prepare for another historic occasion - the course’s first hosting of a new Sunshine Tour event.

The R1 million Steyn City Team Championship will be played on this Jack Nicklaus-designed golf course from March 5 to 7 in what is regarded as a bold move by the Sunshine Tour. It will include team golf to its schedule as part of a global drive to attract a new audience to the game.

“This new tournament is very exciting for us. It’s a unique tournament and I don’t think it could be played at a better venue,” Mashaba said.

The tournament will be played over 54 holes and will feature a starting field of 96 professionals playing in teams of two.

Sunshine Tour commissioner Selwyn Nathan said: “Around the world, members of the golf industry are finding ways to make the sport attractive to new fans and this is our way of contributing to this effort.”

For Mashaba, hosting this tournament will represent a high-profile start to his tenure at Steyn City.

“This position is a dream come true for me,” he said.

“It’s something I never thought would be possible in my lifetime. I’ve been waiting patiently for a moment like this and I’m ready to grab it with both hands.”

Mashaba has long been a respected member of the South African golf community.

He has served on the board of the Professional Golfers Association (PGA) of SA, has played in Sunshine Tour tournaments, and has worked as a television commentator and analyst.

He has been a member of the PGA of SA for close to 30 years.

“The opportunity is there for me to make a great success of this because, by doing so, I’ll hopefully open a lot of doors for more professionals like me,” Mashaba said.