Rahm confident for US Open despite Covid-19 quarantine 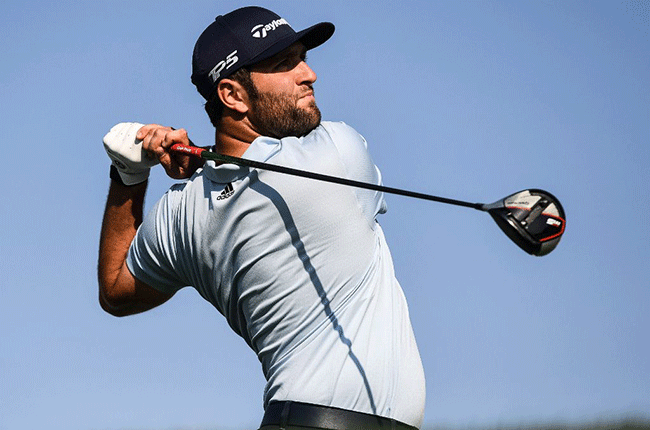 Third-ranked Jon Rahm enters the US Open confident despite limited practice after being quarantined last week with Covid-19 and missing his parents meeting his infant son.

The 26-year-old Spaniard remains an oddsmakers favorite this week at Torrey Pines as he chases his first major victory two weeks after being forced to withdraw from the Memorial with a six-stroke lead through 54 holes.

"When you don't hit a golf shot for just about a week, it's tough leading into a major, especially a US Open," Rahm said Tuesday.

Rahm has 10 top-10 US PGA finishes this season without a victory, the most recent a share of eighth at last month's PGA Championship.

Rahm likely would have had another, and maybe a victory, after a Memorial third round of 64 he called "arguably the best performance of my life."

"I've been playing really good golf all year. Two weeks ago, it's finally clicking all together like I was waiting for it to happen," Rahm said.

"Not that I'm expecting to play that perfect again, but I know that I can play at a really high level. So I'm confident."

Rahm, who had been vaccinated but was within the 14-day period afterwards, was told at the 18th hole he had tested positive and must quarantine.

Rahm took a private jet to his Arizona home but feared spreading the disease to wife Kelley and two-month-old son Kepa. So he wasn't there when his parents, who flew in from Spain, met his son.

"I was a little bit scared because, even though I was feeling fine, I didn't want to give the virus to anybody in my house," Rahm said.

"I didn't want to possibly give it to our young son. I think the hardest part out of all this was for just over 10 days not being able to even spend any time with my little one."

As gutted as Rahm was to miss out on a chance to win the Memorial, he was more heartbroken at missing the family moment.

"I wasn't there when my parents met my son and I hadn't seen my parents in almost a year and a half. Those are the hard parts about this virus in life," Rahm said. "That was truly a hard thing."

Rahm took tests for four consecutive days before those from Thursday and Friday returned negative results, allowing him to leave isolation Saturday.

"Having the PGA and defending Memorial, it wasn't in my mind. I was trying to just get ready for a golf tournament," Rahm said of vaccination.

"Luckily, everybody in my family and myself are OK. I didn't really have any symptoms. Within what happened, this is the best case scenario."

Rahm defended the PGA Tour for rules that forced his withdrawal.

"To all the people criticizing the PGA Tour, they shouldn't," Rahm said. "We're in a pandemic and even though this virus has very different forms of attacking people, you never know what reaction you're going to get. So PGA Tour did what they had to do.

"I've heard a lot of different theories. I should have played alone... that's nonsense. The rules are there, and it's clear. I knew that could happen. I was hoping it wouldn't."

Rahm wished the notification might have been handled better at the 18th hole, where he had been told about a penalty stroke last year after an emotional moment talking about a family member's death.

"That's the second time I get put on the spot on national TV on the same golf course on the same hole," Rahm said, revealing why he yelled "Not again" after being told about his positive Covid-19 test.

Asked what Rahm would tell unvaccianted rivals, he said, "We live in a free country, so do as you please. I can tell you from experience that, if something happens, you're going to have to live with the consequences golf-wise.

"We don't know the long-term effects of this virus, so I would encourage people to actually get it done."

We live in a world where facts and fiction get blurred
In times of uncertainty you need journalism you can trust. For only R75 per month, you have access to a world of in-depth analyses, investigative journalism, top opinions and a range of features. Journalism strengthens democracy. Invest in the future today.
Subscribe to News24
Next on Sport24
Pace-ing herself: SA golf star Lee-Anne Pace on being a contender at US Women's Open