SA in spotlight at US Open: The 9 golfers flying the flag high The 121st US Open gets under way at Torrey Pines Golf Course (South Course) in San Diego on Thursday.

The tournament will feature 156 of the world's best golfers with NINE South Africans in the field.

The last time a South African won a US Open came in 2004 when Retief Goosen secured his second major title at Shinnecock Hills. Oosthuizen heads into this week's US Open as South Africa's top-ranked golfer.

So far, he has had a decent run this year, making a T8 at the Valspar Championship and a co runner-up at last month's PGA Championship at Kiawah Island. Oosthuizen secured his fifth second-place finish at the Major since his sole Open Championship title in 2010.

At last year's US Open at Winged Foot, Oosthuizen finished third as American Bryson DeChambeau picked up his maiden title.

Oosthuizen will get under way on Thursday at 22:47 SA time with American Patrick Cantlay and South Korea's Sungjae Im. Higgo will be making his US Open debut after being inside the Top 60 in the world rankings on the May cut-off date.

Higgo's achievements over the past few months have been unreal, claiming two European Tour titles and clinching his maiden PGA Tour title.

Last week, Higgo turned heads as he came from behind to win the Palmetto Championship title at Congaree in only his second PGA Tour start.

His first PGA Tour event was last month's PGA Championship, where Higgo finished T64 at Kiawah Island before scoring eight birdies in his final round of 69.

He will tee off alongside Joaquin Niemann of Chile and American amateur Cole Hammer at 22:03 SA time. Bezuidenhout will make his second US Open appearance as he continues to tick off Major appearances this year.

While he hasn't had the title-winning success of last year, Bezuidenhout has shifted and played most of his golf on the PGA Tour this season.

He finished seventh at the March's Arnold Palmer Invitational and T30 at last month's PGA Championship in San Fransisco.

Bezuidenhout is paired alongside fellow countrymen Erik van Rooyen and Charl Schwartzel with their opening round starting at 21:52 SA time. Grace will be making his ninth US Open appearance and earned his spot at a US Open qualifying event at the Bears Club in Jupiter.

In February, Grace picked up his second PGA Tour title at the Puerto Rico Open. Since that victory, he has played in seven PGA Tour events - only missing one cut thus far.

After withdrawing from May's Charles Schwab, Grace stepped up and produced a fourth-place finish at this month's Memorial.

Grace hasn't had the best US Open performance - failing to make the cut in his last two tournaments.

Grace will get his opening round under way on Thursday at 22:58 SA time alongside American duo Kevin Streelman and Charley Hoffman. Van Rooyen has been busy on the PGA Tour since earning a special temporary membership card for this season.

In his last five PGA Tour events, Van Rooyen only made the cut once but finished T10 at last week's Palmetto Championship at Congaree.

At last year's US Open, he finished tied for 23rd at Winged Foot.

He will tee off 21:52 SA time at alongside fellow countrymen Charl Schwartzel and Christiaan Bezuidenhout. 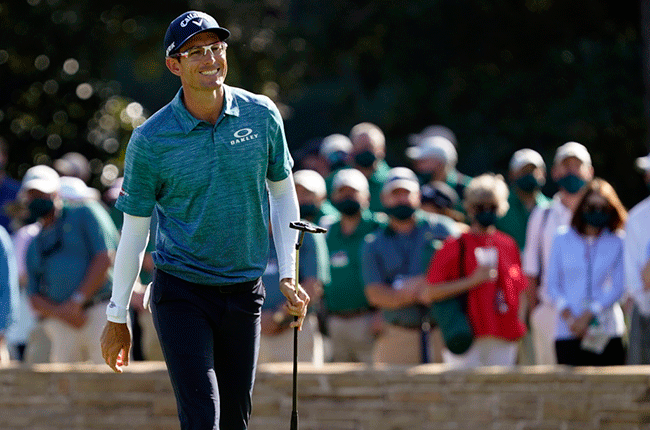 Frittelli will be playing in his second US Open and first since 2018 after missing the cut.

The Texas-resident golfer qualified for this week at a qualifier event in Ohio and has some fond memories at Torrey Pines.

Frittelli is no stranger to winning in the US after his PGA Tour victory at the 2019 John Deere Classic.

So far, his best result in the US saw him tied for 20th at the WGC-St Jude Invitational.

Despite his T9 at March's WGC-Match Play, the 31-year-old has missed five of his last eight cuts.

Frittelli will get his opening round under way alongside Scot Martin Laird and South Korea's K.H. Lee at 17:24 SA time. Schwartzel will be competing in his first US Open since 2018 and earned his spot for this week through the qualifiers.

After bouncing back from injury, Schwartzel has rediscovered his form. He and Oosthuizen lost in a playoff battle in the Zurich Classic and he finished T3 at last month's Byron Nelson.

The 2011 Masters champion has played in 14 tournaments this year, only missing four cuts and making three Top 20s.

He is paired alongside fellow countryman Christiaan Bezuidenhout and Erik van Rooyen in his opening two rounds. Nienaber will be making his US Open debut this week after leading the Sunshine Tour's Order of Merit.

Nienaber clinched his maiden Sunshine Tour title at the Dimension Data Pro-Am in Fancourt in May.

Playing in his debut PGA Tour event, Nienaber turned heads as he averaged 357.2 yards off the tee.

He will certainly be one to watch out for this weekend!

Nienaber is paired alongside American Cameron Young and Guido Migliozzi of Italy and will tee off on Thursday at 16:07 SA time. Aiken will be making his first Major appearance since 2017, when he tees off in his third US Open.

The 37-year-old will make a welcome return after stepping back from the game to look after his family.

Aiken competed in the US Open qualifying site at the Bear's Club - where he is a member and now resides in Jupiter, Florida.

He has only played in one tournament in January's Abu Dhabi HSBC Championship, where he missed the cut.

Aiken will be the first South African to tee off on Thursday at 15:07 SA time alongside American Andy Pope and Australian Brad Kennedy.

We live in a world where facts and fiction get blurred
In times of uncertainty you need journalism you can trust. For 14 free days, you can have access to a world of in-depth analyses, investigative journalism, top opinions and a range of features. Journalism strengthens democracy. Invest in the future today. Thereafter you will be billed R75 per month. You can cancel anytime and if you cancel within 14 days you won't be billed.
Subscribe to News24
Next on Sport24
Another close call for golf's new 'nearly man' at US Open