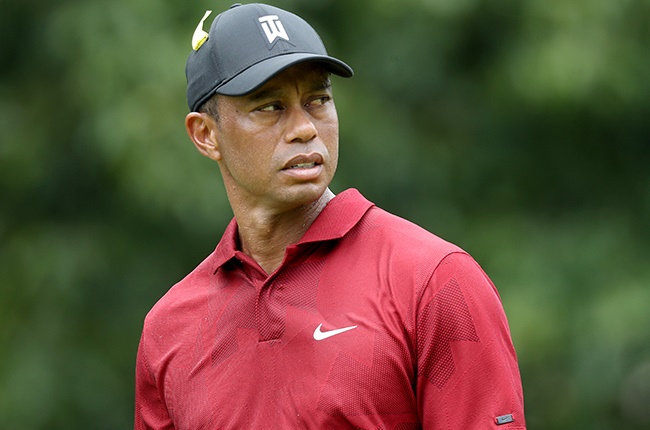 Tiger Woods returns to the US Open at Winged Foot this week with a score to settle against a course he regards as one of the three toughest in the world.

During more than a decade of dominance between Woods' first major victory in 1997 and his 14th major at the 2008 US Open, the former world number one played in 46 consecutive majors.

That streak of 46 tournaments included only one missed cut -- at the 2006 US Open held at Winged Foot.

Woods, who collected the 15th major of his career at last year's Masters, is preparing for another demanding assignment in New York this week.

The 44-year-old believes only Oakmont in Pennsylvania and Carnoustie Links in Scotland run Winged Foot close in terms of difficulty.

"It's right up there next to Oakmont and I think Carnoustie as far as just sheer difficulty without even doing anything to it," Woods said Tuesday.

"Those three golf courses, they can host major championships without ever doing anything to them. (Winged Foot) or Oakmont is either one or two."

Woods scouted Winged Foot ahead of last month's Northern Trust in Boston, and came away convinced that the course remains as brutal as ever.

"This golf course is going to be one of the more difficult ones," Woods said.

"The winning scores here have never traditionally been very low. I don't see that changing this week.

"The golf course is going to be hard. It depends on how difficult they want to set up these pins, give us a chance at it. But with the forecast, it's going to be difficult no matter what."

Woods said he was ill-prepared for his previous US Open outing at Winged Foot in 2006, which came just over a month after the death of his father Earl.

"When I didn't win the Masters that year, that was really tough to take because that was the last event my dad was ever going to watch me play," Woods said.

"He passed not too long after that, and quite frankly, when I got ready for this event, I didn't really put in the practice, and consequently missed the cut pretty easily."

Although Woods delivered one of the sporting stories of 2019 with his comeback victory at the Masters, he acknowledged that challenging for majors gets more difficult with the passage of time.

"It gets harder to win as we all age," he said. "When you're in your prime, in your peak years, you have to take advantage of those opportunities so that when you get to the all-time marks you have the opportunity."

If Woods is to add to his major tally this week, and edge closer to Jack Nicklaus's record of 18 wins, he will do so without the emotional support of the galleries.

This week's tournament is being played without spectators.

"I miss the energy and just the positiveness that the fans bring and just that electricity," Woods said.

"What we're dealing with right now is not what we all want, but it's our reality."