News about South Africa's impending return to the Formula 1 calendar has been heightened following a report in The Telegraaf this week that the country has been added to next year's schedule.

The possibility of South Africa being added to the 2023 calendar has been met with excitement from a passionate support base in the country, and Kyalami would no doubt be packed for the entire weekend should it happen, but there has still been no official confirmation from Formula One.

If the race was to happen, there are still a few boxes for the track and its owner Toby Venter to tick.

While the background talks are ongoing, the Kyalami Management team is working hard to prepare the world-class facility to be F1-ready.

As it stands, the circuit is an FIA-accredited Grade 2 venue, but must bring about amendments to acquire Grade 1 status, making it F1 compliant.

A spokesperson for the Kyalami Circuit confirmed to Sport24: "To date, no Kyalami Grand Prix Circuit upgrades have commenced. As soon as details are clear, a statement will be issued to inform interested parties about matters relating to a Formula 1 event at Kyalami."

The Telegraaf reports that Belgium and France could be omitted next year, leaving room for the Kyalami Circuit to host the South African Grand Prix for the first time since 1993.

It is understood that the 2023 F1 season could feature as many as 24 races, depending on China's readiness to host a race again in a post-Covid-19 world. Las Vegas will also debut next year, bringing the number of races in the USA to three. Texas and Miami host the other two events.

The 2023 F1 season is claimed to start on 5 March to accommodate the extensive calendar - the biggest in the sport's 73-year history. 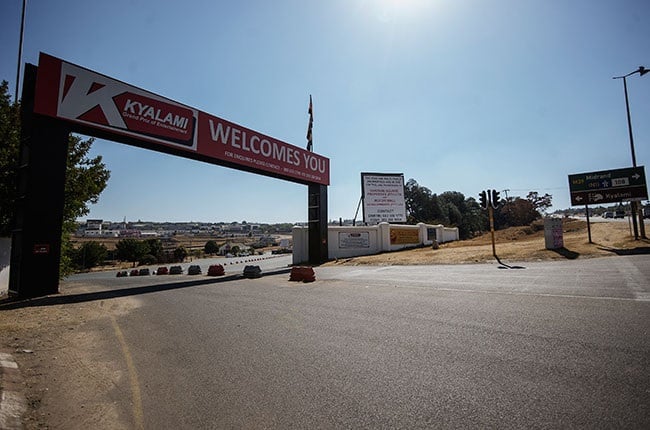 Entrances are not a problem

Sport24 chatted to members of the Kyalami management team earlier this year, including Kyalami owner Toby Venter. Following extensive explanations on what needs to happen for the circuit to receive Grade 1 certification, the company also clarified entry and exit points and how the pit lane can accommodate F1 teams.

Billie Venter, a member of the Kyalami management team, confirmed that the Kyalami Circuit has four entry and exit points. Those familiar with the venue will recall the primary entrance. This point, says Venter, is the only branded one, whereas the other three are not.

"Kyalami utilises only one entrance and exit for ingress and egress because it's the only point necessary at the moment," Venter says. "There are three other entrances, granting easy ingress and egress, but these are not branded and billboarded.

F1 is reportedly looking at a crowd attendance of 90 000 visitors over the course of the race weekend, with the Grand Prix on Sunday making up the bulk of it.

For more on an F1 race in South Africa: 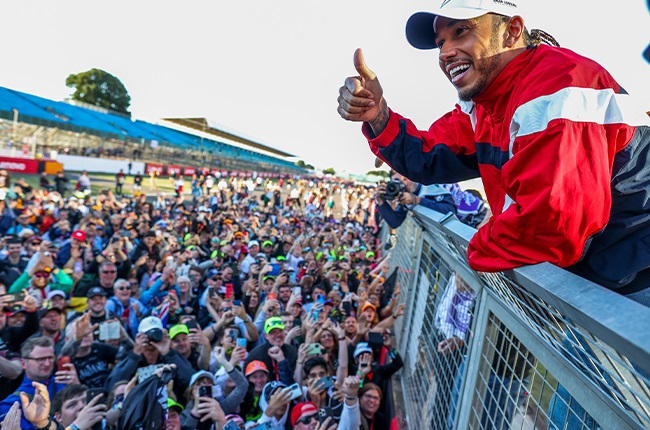 Keen observers would have noticed that teams, at some F1 races, have a compliment of trailers in attendance. These trailers play home to hospitality areas and logistical matters. One of the big questions we had for the management team was if and how the Kyalami Circuit's pits would accommodate these trailers, to which Toby Venter responded: "This has been established and approved.

"When the F1 Task Team visited us, this was one of the things they had to map out: where the teams' facilities will be accommodated."

Venter stressed that when the Task Team visited the venue, they looked at every possible detail, given that the facilities must accommodate all F1 structures, press offices, race control, etc.

"The F1 Task Team travels around the world to prepare facilities for F1 races," he said. "That is their sole job: to ensure that the planning is already in place when F1 visits a venue or circuit. They (F1) plug into many of our structures and existing facilities, along with their own, and plan the layout with us. Which they've done, which has already happened."

The Kyalami Circuit, along with the F1 Task Team, established a plan and its execution, with getting the required financial support and signing the contract still to be done.

Formula One and the FIA are yet to announce the 2023 calendar.

We live in a world where facts and fiction get blurred
In times of uncertainty you need journalism you can trust. For 14 free days, you can have access to a world of in-depth analyses, investigative journalism, top opinions and a range of features. Journalism strengthens democracy. Invest in the future today. Thereafter you will be billed R75 per month. You can cancel anytime and if you cancel within 14 days you won't be billed.
Subscribe to News24
Next on Sport24
Red Bull's Marko admits Ferrari is faster over a single lap, but 'we are on par this season'