With the new regulations kicking in, the 2022 Formula 1 season has brought out various character traits from the drivers. And with these, we mean that some swam while others sunk. The cars are vastly different from the ones that came before and require a different driving style to extract maximum performance from them.

But while these are all well and dandy, not all 20 drivers managed to get on top of their cars. And do it consistently at that! Lewis Hamilton, for example, struggled to understand his new Mercedes-AMG, with the results going begging as he laboured across the finish line at many races. Mick Schumacher, too, didn't do all that great at Haas - bringing out major expenses with two massive crashes - but he finally came good and scored his first points in Great Britain and Austria.

Here we look at five drivers who improved their game in 2022. At the end of the 2020 season, the Haas F1 team announced that its drivers, Kevin Magnussen and Romain Grosjean, would not be retained going into 2021. Enter Mick Schumacher and Nikita Mazepin. But after Mazepin's ousting following Russia's war on Ukraine, the team drafted Magnussen back into the fold.

In his first race back, the opening round of the 2022 season, Bahrain, he finished the race in fifth place and scored 10 points in the process. In Saudi Arabia, the second race of the season, he scored two points for his ninth-place finish, with the same result in Rome (round 4).

With an improved Haas racing car, Magnussen showed that he had lost none of his craft. While not every race of this year's first 13 GPs brought about top-10 finishes, the Dane has demonstrated that the car is competitive and capable of scoring points when everything comes together. 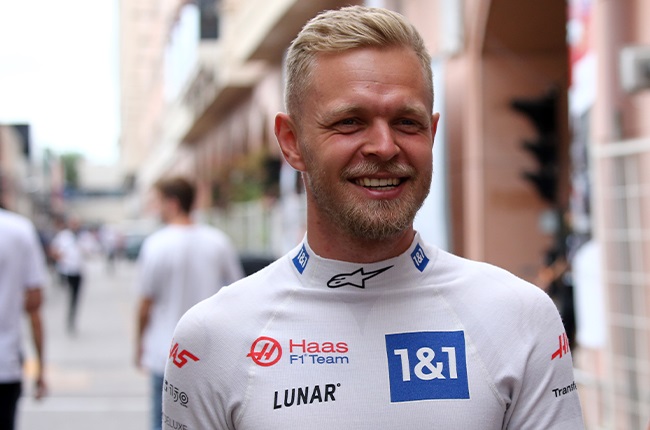 Like Magnussen, Alex Albon was also without a racing seat in 2021. However, Red Bull Racing kept him close and had him at many races, learning and studying with the team. In the meantime, the team's negotiators engaged with Williams and secured a driving seat for the Thai-British driver in 2022.

Replacing the Mercedes-AMG-bound George Russell, Albon quickly showed that he has the pace to bring the new Williams up to a competitive level. While Albon only has three points to his name in 2022, it is three more than teammate Nicholas Latifi who has failed to leave an impression on the team.

Williams and Albon also announced that they will continue their partnership in 2023 on a multi-year contract. When Russell finally got the Mercedes-AMG call, there was an all-round sigh of relief to see the British team racing for a top team. But what no one saw coming was him outperforming Hamilton. Over the first nine races of the season, Russell finished inside the top five at every race and appeared on the podium on two occasions.

His first DNF (did not finish) came at his home race, the British GP, but he is still fourth in the 2022 championship standings.

At the last race, the Hungarian GP, Russell registered Mercedes-AMG's first pole position of the season and finished the race in third place behind winner Max Verstappen and Hamilton in second. After winning the Drivers' championship with his Red Bull team in 2021, Verstappen is a different driver from the one that's been in F1 since 2015. He is calmer and much more composed than in any preceding season, which can be attributed to his winning last year's crown.

While his season didn't start in the best of ways, he kept a cool head and put the pedal to the metal to turn a points deficit to an 80-point advantage over Ferrari's Charles Leclerc. Of the season's first 13 races, Verstappen has won eight. His teammate Sergio Perez ruled the roost in Monaco.

Given the Dutchman and Red Bull's composure and stranglehold on the 2022 season, it is widely expected that they will secure a second championship in as many years. An early favourite to win the 2022 Drivers' championship, Leclerc has seen an almost-50-point advantage slip away to now trail Verstappen by 80 points: 178 vs 258. While this is not flattering, the Monegasque has been Ferrari's star driver and has managed to extract the car's maximum performance throughout the year. Much more than teammate Carlos Sainz Jr.

Ferrari has failed Leclerc too many times this year, be it through strategic errors or ignoring the driver's voice, yet he kept his head down and pushed on despite the frustrations. Leclerc has won three races this year, which could have been higher if the team got its act together. Sainz has one victory to his name.

It is unlikely that Leclerc will topple Verstappen in this year's title race, but it will not be due to a shortage of talent or skill. We live in a world where facts and fiction get blurred
In times of uncertainty you need journalism you can trust. For 14 free days, you can have access to a world of in-depth analyses, investigative journalism, top opinions and a range of features. Journalism strengthens democracy. Invest in the future today. Thereafter you will be billed R75 per month. You can cancel anytime and if you cancel within 14 days you won't be billed.
Subscribe to News24
Next on Sport24
Helmut Marko blames media 's*** storm' for terminating Juri Vips contract after racial slur