Mercedes' 2022 F1 car tested the relationship between team and Hamilton

Mercedes-AMG's Andrew Shovlin has admitted that the car they gave to Lewis Hamilton during some points of the 2022 season was "bordering on dangerous".

Of the two Mercedes drivers, it was the 38-year-old Hamilton that struggled the most with the porpoising W13 as the seven-time World Champion frequently complained of pain in his back and jaw.

Following the Azerbaijan Grand Prix, a noticeably distressed Hamilton was seen climbing out of his car and grabbing his back, leading team boss Toto Wolff to apologise to his driver.

Mercedes were eventually able to fix the problem, partly due to a new technical directive introduced midseason by the FIA. Still, it was a testing period on the relationship between the driver and the team. Lewis Hamilton is assisted from his car after complaining of back pain during the 2022 Formula 1 Grand Prix of Azerbaijan at Baku City Circuit.
Getty Images Bryn Lennon

Shovlin, Mercedes' trackside engineering director, admitted that, at times, they were giving Hamilton a car they knew was "bordering on dangerous."

"There were some difficult points where we knew that the car that we gave them in Baku, in Montreal, in Imola and all those races - it was bordering on dangerous," he told Motorsport.com.

"And that certainly focuses your attention to make sure that we dig ourselves out of that position and start giving them something that they can race in again.

"But the whole team has been through a lot with Lewis, and it's great that we have such an experienced driver when we've had such a challenging year.

"Hopefully, we're now through the worst of that challenge, and we can get on with the next challenge, which is hopefully fighting our way back to the front and fighting for championships." 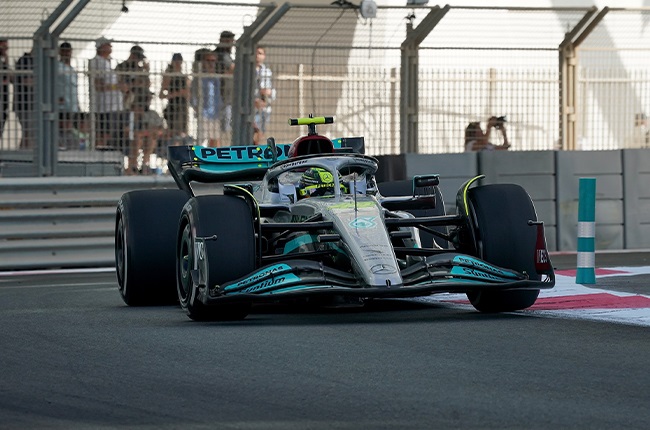 Shovlin admitted that 2022 was a challenging year for the team but even more so for Hamilton, having endured the 2021 Abu Dhabi Grand Prix and missing out on a record-breaking eighth world title.

"I think for Lewis, it was particularly challenging coming off the back of 2021," the British engineer said.

"He knew how he wanted to respond in 2022, and we were unable to give him a car to allow him to play that role. And it was definitely a difficult time. But I think the process has been good for the team.

"One of the biggest challenges we had was sticking together and working together, which we've come through well, and I think the experience will serve us well further down the line.

"And that, again, was a process that we were running through for a lot of the year."

With the porpoising issues now behind them, Hamilton is again one of the title favourites heading into the 2023 season.

We live in a world where facts and fiction get blurred
In times of uncertainty you need journalism you can trust. For 14 free days, you can have access to a world of in-depth analyses, investigative journalism, top opinions and a range of features. Journalism strengthens democracy. Invest in the future today. Thereafter you will be billed R75 per month. You can cancel anytime and if you cancel within 14 days you won't be billed.
Subscribe to News24
Next on Sport
Nyck de Vries embroiled in legal battle ahead of first full Formula 1 season