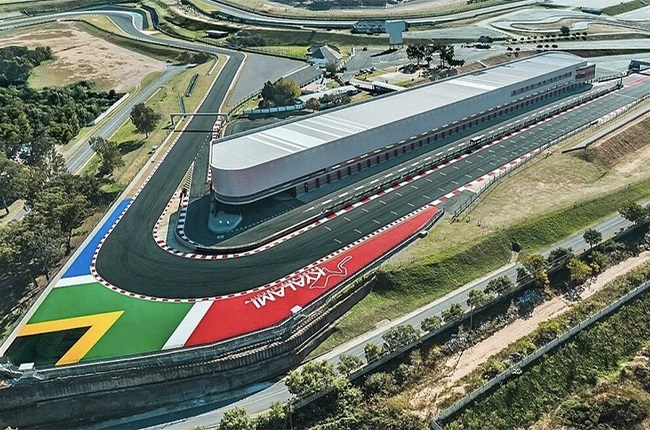 Speculation is rife about South Africa's involvement in the 2023 or 2024 Formula 1 season.

F1 CEO Stefano Domenicali's meeting with Kyalami Circuit (the venue earmarked for an SA GP) owner Toby Venter on Monday, one day after the Azerbaijan Grand Prix, fuelled suggestions that the country is indeed in the running to host a race.

Domenicali made a stop in South Africa en route to Canada for this weekend's Canadian Grand Prix.

It is believed that talks with various stakeholders, including Venter, are already well under way, but questions still linger, leaving room for public speculation.

Adrian Scholtz, Chief Executive Officer at Motorsport South Africa (MSA), confirmed to Sport24 that negotiations are under way, but that the body is not in a position to comment on speculation or rumours.

"MSA can confirm that negotiations are under way between several key role players (including Kyalami) to enable the return of F1 to South Africa," Scholtz said. "I am sure you will appreciate that these negotiations are sensitive and involve a number of stakeholders.

"An announcement can be expected if and when the negotiations are successfully concluded, and the relevant agreements are put in place. In the meantime, I am afraid it would not be appropriate for MSA to either speculate on the outcome or provide any further comment." The South African Grand Prix Association is the promoter behind the race's return to South Africa and has long advocated hard for it.

The notable personalities behind the SAGPA include SA's only F1 champion, Jody Scheckter, who won the championship in 1979, and Warren Scheckter.

Scheckter Jr, founder and CEO of the SAGPA, recently engaged in conversation with Double Apex, confirming that there is indeed movement in making the race a reality. But while this is ongoing, they are also working on making the race accessible to ordinary South Africans.

READ: How SA could force its way onto Formula One race calendar in 2023

Scheckter told the publication: "It must be clear that we do not want locals to be excluded. Therefore, tickets will be discounted for South Africans. There will be an allocation set aside that you can only access as a South African resident."

Social media has been rife with speculation about ticket prices, but Scheckter confirmed that it "will be well within reach of your average F1 fan."

The race promoter, working with the involved stakeholders, including the Kyalami Circuit, is looking to increase seating capacity to 90 000, including general access, grandstand seating, and hospitality areas.

We live in a world where facts and fiction get blurred
In times of uncertainty you need journalism you can trust. For 14 free days, you can have access to a world of in-depth analyses, investigative journalism, top opinions and a range of features. Journalism strengthens democracy. Invest in the future today. Thereafter you will be billed R75 per month. You can cancel anytime and if you cancel within 14 days you won't be billed.
Subscribe to News24
Next on Sport24
SA next stop on Lewis Hamilton's African holiday? 'I’m surrounded by so much beauty'